HomeNewsEverything you need to know before visiting Colombia, a country you might never want to leave
News

Everything you need to know before visiting Colombia, a country you might never want to leave 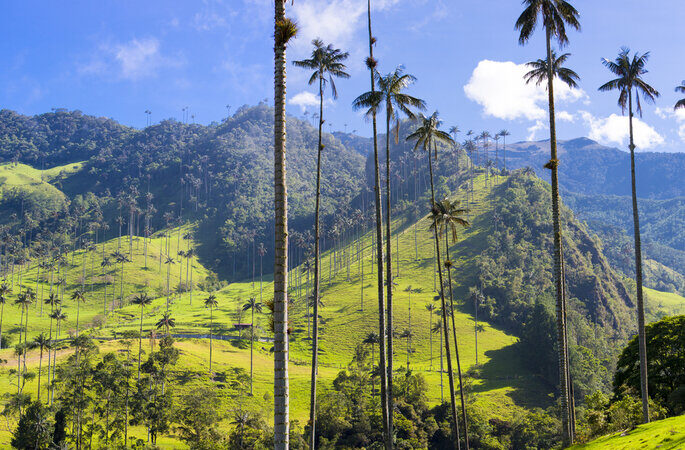 Whether you’re drawn by its beguiling coastlines, untamed jungle or high-altitude national parks, Colombia is guaranteed to dazzle.

After decades of association with armed conflict and drug cartels, this South American country has moved well beyond those dark decades, emerging from that chapter of history as one of the continent’s most thrilling and welcoming destinations to explore.

Travelers to Colombia should prepare for a trip that will leave them wishing they never had to return home, thanks to the country’s remarkably warm and friendly people and uniquely Latin spirit. Read through the following tips to ensure a safe and truly unforgettable trip to Colombia.

Colombia is bigger than you think

A big mistake that even seasoned travelers have made is to try and pack too much into a trip around Colombia. Before trying to squeeze every last corner of the country into a two-week itinerary, cast your eyes over the map. Yes, Colombia is about twice the size of France or Texas – and no, you won’t be able see everything on just one trip.

Instead, stick to exploring one section of the country, and exploring it well: spend three weeks bouncing between sun-soaked, Caribbean beaches, or heading from Medellín deep into the Zona Cafetera. Your trip will match Colombia’s characteristic pace: slow and enjoyable.

Domestic flights are affordable and quick

If you’re still planning to cram as many places as possible into a short trip, Colombia’s wealth of low-cost airlines offers the most efficient way of getting around (though you keep in mind the increased carbon footprint of traveling by plane). While nothing quite compares with the cultural experience of taking a regional bus (where you’ll be “entertained” by deafening music for the duration), increasingly cheap fares are available for domestic flights.

Don’t be fooled by headline prices, which typically don’t include checked baggage. Peak traveling seasons (December through mid-January, Semana Santa and June through August) will add a premium and can sell out rapidly, so book in advance if visiting during these months.

Whether you’re hitting up the Caribbean coast or heading to the rainier climes of the capital, Bogotá, you can expect to experience a full array of weather conditions. While Colombia officially has two distinct seasons – the dry season (December through February and July through August) and the rainy season (April, May, and September through November) – because of the country’s variation in altitudes and ecosystems, you’ll probably experience all four seasons in one trip.

As a rule, the Caribbean coast is hot and humid, while Bogotá and the wider Andean regions receive a surfeit of rain. Come prepared with plenty of layers, including a warm, easy-to-pack rain jacket, and you’ll be primed to adapt to whatever the weather might throw at you.

A little Spanish will get you a long way

For a country so long enveloped by violent conflict, Colombia today is a remarkably open and welcoming destination for international travelers. Wherever you are, it’s easy to strike up a conversation with the owner of a restaurant, your taxi driver or just a local enjoying the sunshine in a city plaza. And they’ll be delighted if you do.

Knowing more than the basics of Spanish can go a long way, spurring engaging, fascinating conversations about Colombian culture, football, history and politics. Colombian Spanish, particularly in Bogotá and Medellín, is considered one of the easiest to understand in Latin America, so make the most of affordable language schools in both cities to get some practice in before you head out into the rest of the country.

When traveling in rural parts of Colombia, it’s not uncommon to come across road checkpoints staffed by army personnel, who’ll often ask to see your documents before waving you on your way. In areas recently opened to tourism following the conflict, you might even spot tanks and other military vehicles stationed alongside roads.

While it might seem intimidating, the strong military presence around the country is there for the safety of the local people – and you. Be polite and have the correct paperwork (either your actual passport or a photocopy of the main page and entry stamp) with you, and you’ll rarely have an issue.

Like much of Latin America, Colombian culture isn’t known for its strict adherence to the clock, and a punctuality-obsessed traveler is often a disappointed one. “Colombian time” is practically its own time zone, and you should leave any notions of timeliness at home. To avoid getting frustrated, relax and embrace being flexible – really, the only way to deal with the typically laid-back Colombian attitude toward life, the universe and pretty much everything.

While big, interregional buses and flights do tend to leave on time, tight schedules don’t obtain in many other contexts. If you’re making an appointment with a Colombian person or waiting for a rural colectivo to depart, bring a book as you might well be waiting up to an hour beyond the agreed time.

If there’s one way to annoy Colombians, it’s to get onto a topic that many Western tourists, despite Colombian’s attempts to dissuade them, continue to associate with the country: drugs. Illegal substances are a taboo subject in Colombia, and despite (or more likely, because of) the country’s history, few Colombians take them. Residents of Medellín, in particular, are fed up with the city’s association with drug cartels and with tourists who go there to use cocaine, which is illegal and could see you getting into a lot of trouble if caught.

When traveling in Colombia, don’t mention Narcos, either. Colombians are frustrated with the Netflix show’s portrayal of the country and what they see as the exaltation of a mass murderer. Show some respect and steer clear of the many Pablo Escobar tours, too. Chatting to local people about their experiences during the drug-war years is likely to be far more informative and accurate.

Taxis will help you get around safely

While safety is no longer the same overwhelming concern it once was, taking taxis when traveling between neighborhoods in big cities across Colombia is a sensible choice. Wandering around at night, particularly after you’ve had a shot of heady aguardiente or two, is often an invitation to opportunist thieves.

Taxis are extremely affordable and relatively painless if using a ride-share app, such as Cabify or Uber. Hailing a taxi can leave you open to scams or worse, so calling for a cab (or asking your hotel to) is recommended. Always confirm the price or check that the taxi has a working meter before entering the vehicle.

Homosexuality was decriminalized in Colombia in early 1980s, and the first same-sex marriage ceremony was performed in 2013 – evidence that this country has some of the more progressive attitudes toward LGBTQI+ rights in Latin America. Bogotá has a well-established gay scene, with bars and nightlife mostly found in Chapinero, one of the city’s most dynamic neighborhoods. Some lodgings and restaurants are beginning to advertise themselves as gay-friendly.

Despite its progressive laws, much of Colombian society remains traditionalist, and many same-sex couples still feel unsafe showing affection in public. For more information specifically for LGBTQI+ travelers, check out Guia Gay Colombia.

Traveling is safe – but stick to the beaten track

Colombia has experienced an about-face in the past few decades, shedding its title as one of Latin America’s most dangerous countries and coming into its own as a worthy travel destination.

It all comes down to the history-making peace accords signed in 2016 between the Colombian government and the FARC, which, after five decades of conflict, have led to many rural parts of the country finally shifting from no-go areas into welcoming places for visitors.

However, it still isn’t wise to go too far off the beaten path. Some rural areas remain dangerous because of their links with neo-paramilitary and drug-trafficking groups, particularly along the borders with Panama, Venezuela and Ecuador. Before traveling anywhere unusual, always research the situation on the ground as well as your government’s travel advisories.

While safety has improved significantly, you should always “no dar papaya.” This delightful idiom – which literally translates to “don’t give papaya” – means you should always keep your wits about you, staying alert to those who would take advantage of you. In practice, this means following common-sense guidelines: don’t wander down dark, empty streets at night, don’t head out into neighborhoods you don’t know without checking their safety first and don’t flap about the city with an expensive camera on display.

Travel insurance is essential because muggings are unfortunately still an issue in cities such as Bogota, Cali and Medellín; you should never resist if someone tries to rob you. Distraction techniques are those used most fruitfully by would-be thieves, so always be wary of people coming up to you in the street or being asked to show your money to scammers posing as police officers.

If things do go wrong, head to the nearest police station immediately to report the crime. The police will put together a report and give you a copy, which you’ll need to make an insurance claim.

Tipping isn’t obligatory, but it is appreciated

Dining out in Colombia is extremely affordable when compared with most places in Europe or North America. When you go to pay the bill at fancier or more upmarket restaurants, it’s likely you’ll be asked if you want to include the propina (tip), typically around 10% of the cost of the meal.

Service in restaurants, cafes and bars across Colombia is generally much better than in many other parts of South America, so unless you had a terrible experience, consider paying the tip as a show of appreciation.

Don’t let this country’s history scare you away

Colombia has come leaps and bounds since the dark days of the 1980s and 1990s, and its residents are more than excited to show you their beautiful and wonderfully diverse country. The biggest mistake you can make is to let Netflix or historic newspaper headlines scare you away: this is a country that just about every traveler can’t help but fall in love with. The biggest danger when visiting Colombia? Finding yourself never wanting to leave.