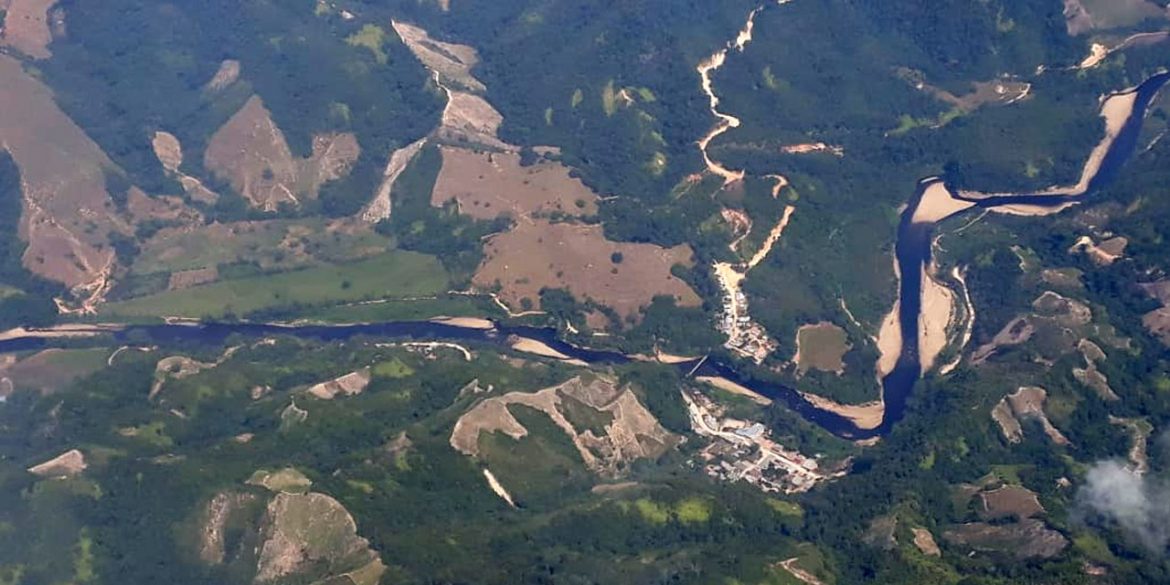 A suspected guerrilla attack on an oil pipeline in northeastern Colombia is causing a major environmental disaster as oil spillage threatens waterways and vegetation.

The alleged bombing of the Caño Limon-Coveñas pipeline took place on Tuesday in the municipality of Teorama in the Norte de Santander province and has created an environmental emergency along the Catatumbo river.

State-run oil company Ecopetrol reacted by announcing that a “robust contingency plan was already deployed to address the emergency.”

The plan allegedly includes the deployment of 120 personnel on the ground, who have been distributed between four established control points.

In addition, 108 barriers were put in place to prevent further damage from the spillage caused by the bombing, allegedly carried out by the ELN guerrilla group that have frequently attacked the pipeline in the past.

With inhabitants of nearby villages of San Pablo and El Aserrio depending on the Catatumbo river as a water source for their consumption, that of animal and the irrigation of crops, authorities must ensure that the damage is limited.

They have already urged locals to avoid taking water from the La Llana creek and the river as efforts continue to control the extent of the damage.

So far this year there have been 11 attacks against the Colombian pipelines, seven of which have been on the Caño Limon-Coveñas pipeline, according to Ecopetrol.

“This is another attack that adds to those registered this year, there are 11 in total: seven against the Caño Limon-Coveñas pipeline, three against the Transandino and one against the Mansoya-Orito. Ecopetrol makes an energetic appeal against these attacks that put at risk the integrity and security of the people, and seriously affect the communities and the environment,” Anibal Fernandez, Ecopetrol’s development chief, told Blu Radio.

There were more than 80 attacks on the 780-km pipeline in 2018, which kept it offline for most of last year.

Attacks by the ELN on oil installations have been a frequent occurrence in the country’s armed conflict that has taken more than 260,000 lives and displaced millions over the past 55 years.