Ecopetrol modifies the gasoline mixture to improve the air in Medellín 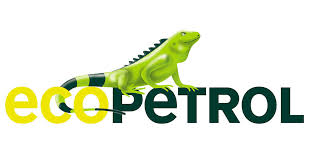 After the environmental contingencies that this city and its metropolitan area have suffered, a frontal struggle has been undertaken to mitigate the contamination. Two months ago the sky of Medellín was observed sheltered by a large gray layer of pollutants. inRead invented by Teads However, today’s scenario is different.

The urgent and preventive measures of the authorities already bear fruit. The air quality breathed by the paisas is good and moderate, thanks to the pact signed between 15 companies, Ecopetrol and the Mayor’s Office of Medellín. Medellín and the Aburrá Valley will have gasoline of the highest quality to improve the air “At the moment we have all the stations in green and yellow, even on weekends we have all the seasons in green, three in yellow, that’s how it was last week,” said Sergio Orozco, Environment Secretary of Medellin.

One of the great contributions was the one of Ecopetrol, as of today the gasoline that is distributed in Medellín is of better quality. inRead invented by Teads Felipe Bayón, president of Ecopetrol, said that “today gasoline has a regulation of 300 parts per million, because I believe that the news to share today is that we are already delivering to Medellín and the area a gasoline of at least 150 parts per million ” But Federico Gutiérrez, mayor of the capital of Antioquia, is clear that the solution involves other sectors.

“Diesel and gasoline improve, but it is important that even older fuels are coming out that way, it is important that there is a real scrapping, especially in the case of trucks and dump trucks, which are the ones that pollute the most,” the mandatary. And he insisted on the corruption concern inside several Automotive Diagnostic Centers, where apparently they would be passing the tests of mechanical technician without any regulation.

share on Facebookshare on Twitter
Exporting SMEs, the key to development
This is the route through the tunnel that will change mobility in Antioquia