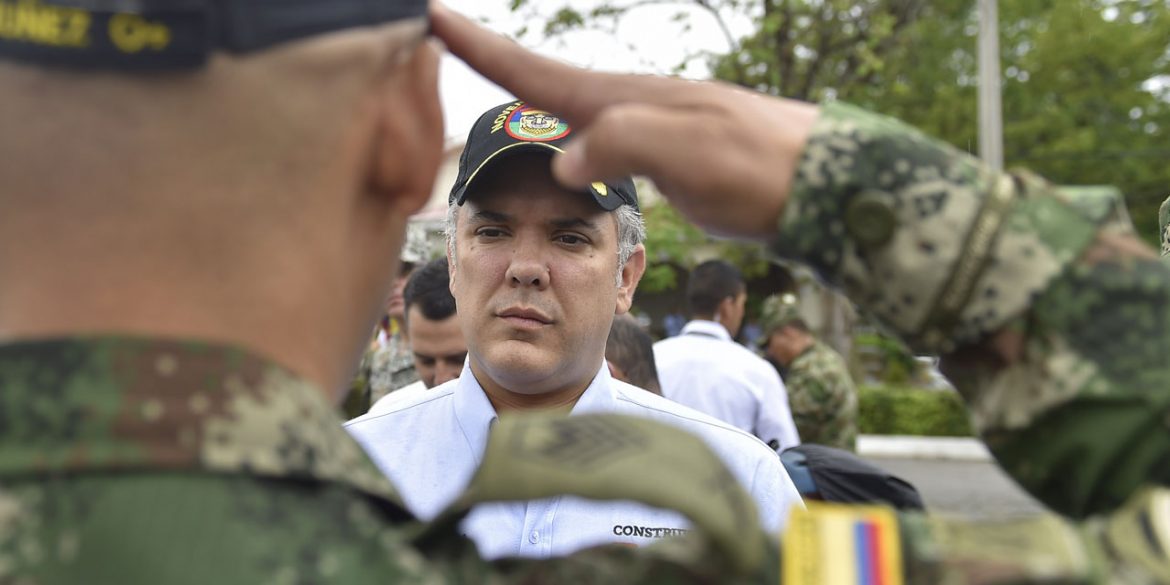 Colombia’s President Ivan Duque said Sunday that he would send 5,000 soldiers to the northeast of the country days after locals begged him not to.

Duque announced the arrival of the soldiers while visiting the town of Ocaña in the troubled Catatumbo region that has been controlled by guerrillas for decades and is the country’s second most important coca growing region.

Former President Juan Manuel Santos said in April he would send 2,000 extra soldiers to Catatumbo, but without apparent effect; NGO Progresar revealed last week that violence in the region has doubled in the first half of the year, compared to the same six months last year.

In a region with 12,000 soldiers and 4,000 policemen that cover 48 border crossings, illegal trafficking has reactivated, especially of people towards the interior of Colombia and the south of the continent. Forty-nine social leaders have been threatened, 10 were killed and 5 kidnapped; 350 cases of forced disappearance were registered, 70 of them at the border; 29 civilians have been kidnapped, three in the last 11 days. All these troops and security and nobody knows who are committing these crimes and there is not a single answer to 99% of the denunciations.

Locals had explicitly asked the president not to send more troops, claiming that in the past this only escalated violence even further without curbing the chronic government neglect and corruption in the region.

But Duque ignored the locals’ pleas and announced he would double down on Santos’ fruitless efforts to confront “the presence of terrorists, of armed groups … that seek to impose themselves through violence.”

We came to Catatumbo today to honor our word and to tell you that with your work, with your abnegation, we are going to restore peace to every corner of this region.

A force has arrived with soldiers with a mission, with a love for Colombia that does not fit in their chest and at the same time with respect for human rights and international humanitarian law, who have come to fight for this land.

Regional farmers organization Ascamcat said Wednesday that it held the national government responsible for the forced displacement of 12 community leaders who had been promoting the implementation of a 2016 peace deal with former FARC guerrillas that has been rejected by Duque.

We hold the national government responsible for the non-compliance with the agreements… and for the lack of guarantees for the defense of life and permanence in the territory.

The organizations stressed that they insist on implementing the peace deal that included economic development in war-torn areas like Catatumbo, and that their call for security guarantees “may not be interpreted as the militarization in the region.”

share on Facebookshare on Twitter
Science in Colombia on the cusp of change
Colombian football player, Germán Aceros, Died at 80