HomeNewsDon’t miss them: Medellín is a bird territory
News

Don’t miss them: Medellín is a bird territory 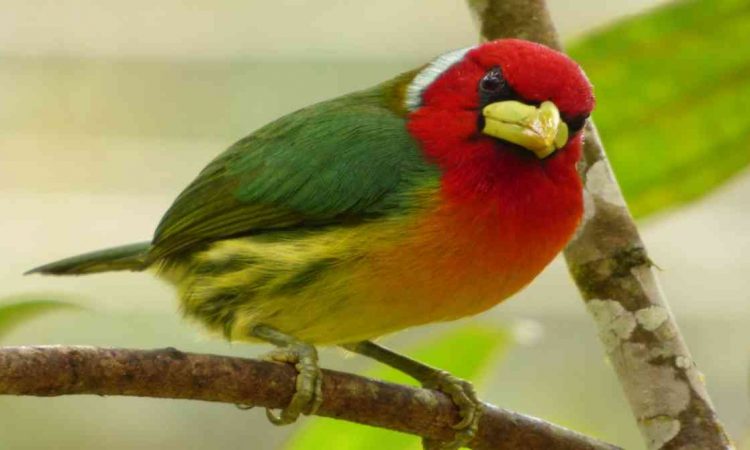 The city sometimes seems chaos: the noise often obscures the sound of some birds that are in the urban area. They are not far from home. It may also be that if during the day you decide to stop for a moment while heading for work discovered in the sky, in the heart of a tree or among the bushes of a garden, a small being with wings, in addition to embellishing the environment fulfills functions primordial within the ecosystem.

The Metropolitan Area has about 510 identified species, some of them are concentrated in the center and some neighborhoods, others inhabit the wooded areas. It is not strange to meet them. Antioquia is one of the most biodiverse departments in birds according to the Antioqueña de Ornitonología Society (SAO).

In addition, Colombia has won the first position in bird watching for three consecutive years in the international competition known as Global Big Day. On the other hand, different migratory species that fly from distant countries arrived every year in the Aburrá Valley.

The most common If you have ever walked down Oriental Avenue, you have probably heard the sound of animals looking for a space inside the trees. These are parrots, and by observing them they can be confused with the leaves, since they are green. Edwin Lopera Acevedo, vice president of the SAO, says that they always walk in groups and that the food is usually far from the place where they sleep.

In the streets it can also be taken with tiles, known in the scientific world as Thraupis episcopus. It is common to find them in pairs or groups, usually vocalize frequently and feed on fruits.

They are easily found in non-forested areas with a dense population. Explain that they are characterized by belonging to a family of colorful birds. Another very common inhabitant is the Sirirí, they can even be observed resting in wiring. They are yellow and tend to be very territorial.

They are relatives of the Bichofué, who live alone because of their temperament, explained on the website of the Environmental Information System of Medellín (Siamed). The robin is another little one that lives nearby. Its scientific name Pyrocephalus rubinus means “head of fire like ruby.” In the northern area there are more and have great ability to hunt. Perhaps the ones you see most in parks and near churches are the turtledoves.

The specialist points out the overpopulation that exists, although they are the food of some hawks known as walkers. These are easy to recognize because in their tail they have between four to five gray stripes. Why do they live in the city? Edwin Lopera explains that most of these species are known as generalists because of their high capacity to adapt to the urban environment and the impact that man negatively causes in the environment.

That is why it highlights that it has been of great importance to have green corridors again, which have the food for the birds. Thanks to the recovery of these areas in the Medellín River, more water birds such as the herons or the ibis have been seen again. Although they are easily habituated, it is important to ensure the protection of forested sectors to ensure that they fulfill their role within the ecosystem balance, he says.

Trees attract bugs and insects, some fruits are born and all this serves as food. They have an infrastructure so that the chicks can be born without problems in the nests they build. The areas where the different birds can be observed most frequently are El Volador Hill, Nutibara Hill, University of Antioquia, National University and Joaquín Antonio Uribe Botanical Garden.

Lopera points out that the preservation of species is not only a governmental and SAO task, it is a citizen responsibility.

share on Facebookshare on Twitter
In 15 days they premiere Túnel de Oriente, in Medellín
Flower Fair: the most beautiful face in Medellín