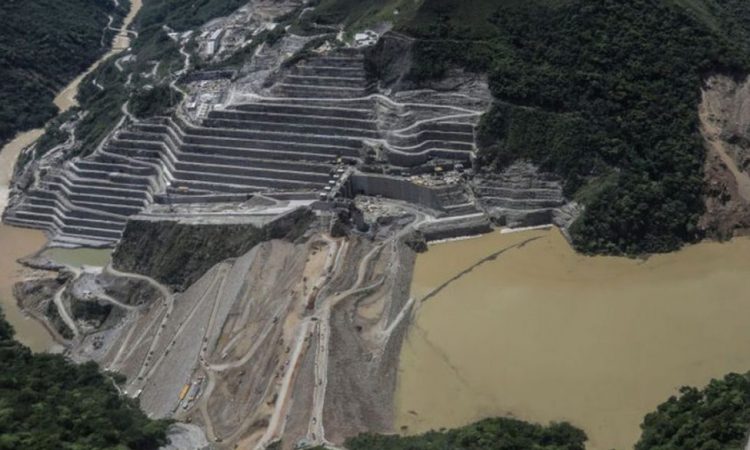 A Bogota judge ordered Medellin energy company EPM to repair damages caused to both the environment and locals by Colombia’s largest hydroelectric dam and study the viability of the Hidroituango project.

Victims of the prestigious but disgraced dam project had requested the case to be heard in Bogota, claiming that Medellin’s judicial system was too closely affiliated with the local elite suspected of illegally constructing the dam.

The judge agreed with locals from the north of the Antioquia province that EPM broke environmental law and committed fraud as it began construction work in 2015, “10 months before having been granted a license.”

The judge asked the prosecution to investigate and prosecute whoever ordered the illegal construction of the dam that has devastated the environment and the lives of tens of thousands of locals near the project in northern Antioquia.

EPM, which has been accused of grossly violating the rights of communities living near the dam project, was ordered to immediately reactivate measures in order to “protect the rights to life, health, minimum living standards, the environment, a dignified life, public health and human dignity” of the locals.

This means that EPM must guarantee that the affected communities are adequately fed and given shelter while the company ensures they can resume their lives while preventing its pet project to further violate locals’ rights.

The area downstream Hidroituango has been on red alert since May last year amid ongoing risks the dam or the mountain supporting it could collapse.

The first of two emergencies occurred when the dam project’s was discharge was blocked and rising water threatened to overflow the entire project.

A second emergency occurred earlier this year when geologists found a major sinkhole in the mountain supporting the dam.

To investigate this risk and other possible damages to the communities and the environment, the judge ordered the formation of a commission that includes victims that must inform the public about its findings regularly.

This commission must hire independent experts “to analyze the rock structure of the place where the hydro-electric project is located as well as its stability.”

Locals and an influential geologist from the Medellin branch of the National University has already said that the stability of the dam and the supporting mountains have become so weak because of construction failures that the dam ought to be dismantled.