Colombia’s signing of Escazu accord brings hope to land defenders 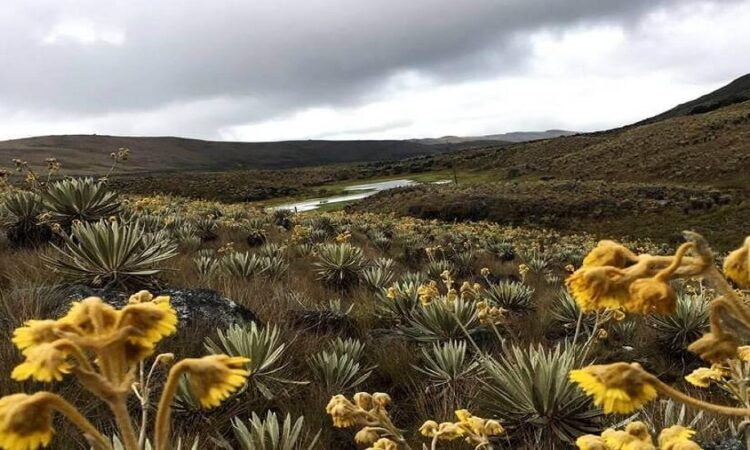 Sikuani Indigenous leader Benilde Carreno likens the destruction of her community’s native plants to “losing an arm or a leg”.

Her people, located in the Colombian Orinoquia, an eastern region on the border with Venezuela, have suffered not only from the rigours of 50 years of civil war and its aftermath, but also environmental damage from poorly planned reforestation projects and the opening of drug trafficking routes by illegal armed groups.

Carreno is now displaced from her reservation, living in exile in the capital, Bogota, due to threats against her life resulting from her activism. But she hopes Colombia’s ratification of the Escazu Agreement on the environment will usher in a new chapter.

The accord, she tells Al Jazeera, can be “a fundamental tool that will protect the leaders and caretakers of Mother Earth, of our environment, water and life”. It will also allow her to qualify for state protection so that she can return to her community.

“The protections set out in the Escazu Agreement are fundamental for us,” she says. “We fought for this agreement and we are going to push it forward because I believe that if it is not enforced, ongoing killings of the defenders of Mother Earth will continue.”

The Escazu Agreement, adopted in Costa Rica in March 2018, is a legally binding international treaty that aims to promote transparency in environmental decision-making. The first of its kind in Latin America and the Caribbean, it also includes protections for environmentalists like Carreno — a welcome development in one of the most dangerous countries in the world for land defenders.

The agreement enshrined the rights of citizens to get information on industrial projects; ordered the creation of mechanisms for environmental justice and law enforcement, and required signatories to monitor socio-environmental conflicts and provide mitigation and resolution strategies for them.

Colombia’s Congress ratified the Escazu Agreement on October 11 – making it the 14th country in the region to do so – and Petro’s signature, pending a review by the Supreme Court, enshrines the treaty into Colombian law. His predecessor Ivan Duque signed the accord in 2019, but Duque’s administration never sought Congressional approval for formal ratification.

Claudia Vasquez, director of The Nature Conservancy, an NGO that advocates for the protection of biodiversity in Latin America, said the accord will be key to environmental protections in the country.

“The participation of our Indigenous peoples and local communities and the guarantee of their territorial rights must be an indispensable pillar of conservation efforts,” she told Al Jazeera. “The Escazu Agreement strengthens guarantees of the rights of these communities so that both participation and land rights are more effectively recognised.”

aljazeera.com
share on Facebookshare on Twitter
Colombia rate rises may last longer than expected -central bank
How Colombia plans to keep its oil and coal in the ground