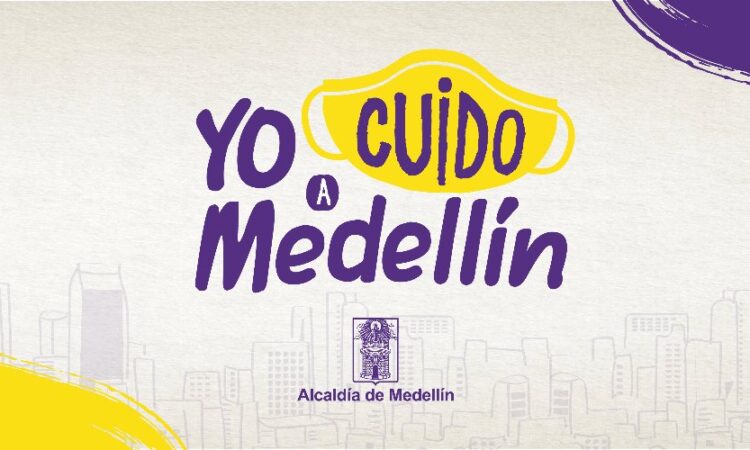 As coronavirus cases surge in Latin America, the Colombian city of Medellin is defying expectations and managing to keep numbers remarkably low.

Months into the pandemic, there are just 741 confirmed cases citywide and only 10 patients hospitalized in ICUs with COVID-19. The metropolis recently went five weeks without a single COVID-19 death.

In theory, that shouldn’t be the case. The city is dense, home to many poor residents who will go hungry if they quarantine for too long and connected by a congested public transportation system. All these factors have made the virus especially hard to contain in Latin America.

How has Medellin, so far, defied the odds?

City officials and epidemiologists credit early preparation, a novel app that connected needy residents with food and cash while also collecting important data that later helped track cases, and a medical system that has moved rapidly to treat the sick before they fall critically ill.

Mayor Daniel Quintero’s critics fear the immense data being collected on citizens amounts to a severe invasion of privacy, but even they admit that it has proven effective in containing COVID-19.

“It’s impossible to fight the virus without information,” Quintero, 39, said. “We’d have deaths in the hundreds if we hadn’t made these decisions.”

Quintero, Medellin’s youngest mayor ever, is an engineer by training who began holding COVID-19 prep meetings in January, weeks after taking office. The virus was a blip on the radar for most Latin American governments back then. Some thought he was absurd for worrying about a virus raging in China. 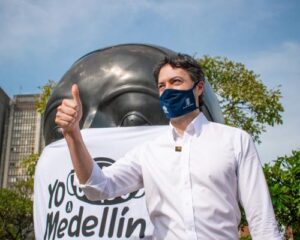 Medellin did many of the things other cities would try in the weeks ahead, but it had some built-in advantages. Its international airport receives far fewer travelers from abroad than bigger cities like Bogota. That made tracking passengers landing from hot spots like Spain and the U.S. easier. It also has what is considered one of the best public health systems in Latin America.

Quintero said he knew that in order for many residents to quarantine, they’d need food and cash. Using his tech background, he led the city in launching Medellin Me Cuida (Medellin Takes Care of Me), an app offering aid to those who signed up and requested help.

The response has been enormous: 1.3 million families – some 3.25 million people in total – from Medellin and surrounding areas registered.

The aid was key for Maritza Alvarez, who lives with six elderly relatives, two of whom are street vendors. Since signing up, she said they’ve gotten packages of food three times and two cash transfers. That has allowed them to mostly stay indoors instead of going out to earn money and buy food.

The app also asks questions such as who users live with, if they have COVID-19 symptoms and what pre-existing health conditions they suffer. That information has proven key in identifying cases, but it has also raised concerns.

Two cases have been filed in court challenging Medellin’s assertion that downloading and registering with the app is voluntary, noting that businesses and employees are being asked to sign up in order to restart work. A judge ruled in favor of one complainant, agreeing that not all the information requested should be obligatory. Others are concerned about what the data might be used for once the pandemic is over.

“Technology is an important tool in controlling the virus,” Daniel Duque, a councilman, wrote in a recent blog post. “But the pandemic shouldn’t be an excuse for governments to turn into a Big Brother that watches and controls everything.”

In an interview with The Associated Press, Quintero brushed such concerns aside.

“They’re partly right. Medellin is the city in Latin America with the most information on its citizens,” he said via Zoom from his headquarters, brightly lit screens with charts and maps behind him. “But the question of our intentions in how we use this data can’t be doubted.”

In Medellin, medical workers test anyone suspected of having COVID-19 at their home. Those who test positive are given a free oximeter. If their blood oxygen levels dip, nurses bring oxygen to their homes. Those who don’t improve are taken to the hospital.

The app has proven key in quickly tracking down those who may have had contact with someone who tests positive. Medellin does about 40 coronavirus tests for each case diagnosed, a number over double the nationwide average, officials said.

Though Medellin’s per million testing rate is low, several epidemiologists said they believe the city’s more targeted testing is proving effective. Colombian scientists estimate that for each COVID-19 death there are at least 100 more cases. That means in Medellin, which has had four deaths, there should be at least 400 infected people. The city has currently identified about 300 cases on top of that amount.

Bogota, by contrast, has reported at least 339 coronavirus deaths but has only detected around 14,500 cases, suggesting that despite more testing per million people, they still haven’t found many of the existing cases.

Still, confirmed coronavirus cases in Medellin have increased from around five to 16 per day since the city reopened its economy in May. Police officers are using newly developed software to scan ID cards of citizens boarding buses and entering malls to ensure they have permission to be out and about.

“We are entering a new phase now,” said Dr. Juan Carlos Cataño, an epidemiologist with the Antioquia Foundation for Epidemiology. “We hope to count on a health system that is sufficiently prepared.”

Like much of Latin America, Medellin found it difficult to equip hospitals with more ICU beds. Global prices for ventilators skyrocketed at the start of the pandemic and supply dried up. Medellin initially had 332; today it has 453. In an emergency scenario, the city plans to utilize ventilators made at a university in Medellin.

Current projections indicate the city will reach peak caseload in July or October.

The challenge for Medellin will now be to convince citizens to continue abiding by safety measures like wearing face masks and social distancing. In some poor neighborhoods, local activists say they’ve encountered skepticism about the virus.

“People think it’s a lie, that COVID-19 is a government invention,” said Gustavo Lainez, a community leader. “Misinformation is a huge factor.”

Still, he said all but perhaps 2% of the 140,000 people who live in the area where he works have agreed to sign up for Medellin Me Cuida.

Over the last two decades, Medellin has undergone an urban transformation, leaving behind the days marred by the violence of Pablo Escobar’s drug cartel and boosting education, libraries, parks and other civic projects. But the virus has brought new hurdles. Unemployment in the metro area is now at 17.3%, the highest in 18 years.

Locals believe their reputation for discipline and industriousness will carry them through another difficult chapter in Colombia’s history.

“We feel supported,” said Alvarez, the beneficiary of food packages. “I never thought big data would help me.”

share on Facebookshare on Twitter
Actors Dressed as Black Panthers in Atlanta Protest Say They’re Sorry
Do you know of a Covid-19 death that wasn’t counted? Send us your story