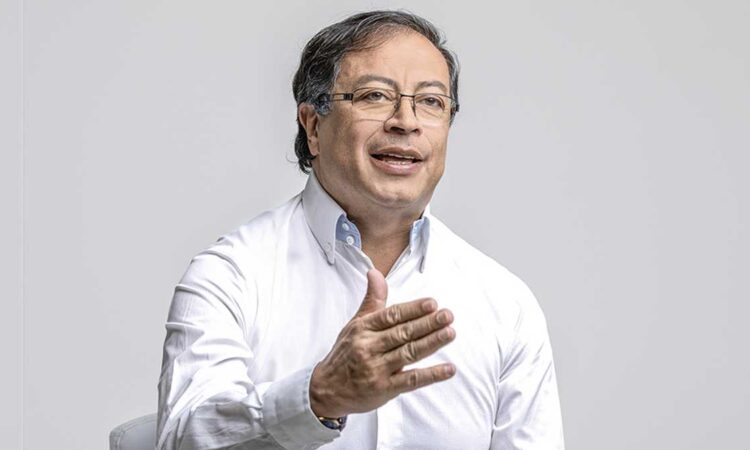 Real estate companies in Miami have reported a surge in inquiries from Colombians wanting to shift money out of their country and buy property in the US following the victory of Gustavo Petro, the country’s first truly leftwing president, last month. Colombians are asking about existing housing, suggesting they may be thinking of relocating to the US rather than simply investing money there, the companies said. Last year, most inquiries related to investment in projects that had not yet been built.

The trend is part of regional capital flight from Latin America in the wake of recent election results. The realtors also noted an uptick in interest from Chileans and Peruvians over the past year following the election of leftwing presidents in their countries. “After Petro was announced as the winner we immediately started getting calls,” said Daiana Quiceno, vice-president of sales at PMG Residential in Miami. “My phone was bombarded.” “Even before the first round of the election we saw a big increase,” she said. “Between the first and second round it calmed down a little bit — people were saying ‘we’re going to wait to see what happens on election day’ — but within 24 hours of the election we were bombarded with inquiries from Colombia.”

Petro won Colombia’s election on June 19 and will take office on August 7. His policy proposals have unnerved wealthy Colombians. He wants to impose a wealth tax on the 4,000 largest personal fortunes in the country, increase personal income tax for the richest and make companies pay about 70 per cent of their profits in dividends. His plans have also unsettled foreign investors, particularly in the hydrocarbons sector. Petro vows to ban new exploration for oil and coal, cancel fracking pilot projects and prohibit opencast mining in an attempt to wean Colombia off fossil fuels. The Colombian peso has lost 12 per cent of its value against the dollar since Petro’s victory, although economists say that is mostly because of a recent surge in the dollar that has hit all emerging market currencies. The peso has been on a largely downward trajectory for the past decade and shed a third of its value against the dollar during the four years of the outgoing rightwing government of Iván Duque. It currently trades at a historic low of 4,390 to the dollar.

One local bank predicted that if Petro enacts his plan to curb oil and coal exploration, it could slide to as low as 7,000 per dollar by the end of his mandate in 2026. Craig Studnicky, president of RelatedISG International Realty, a US real estate company, said many Colombians contacting his office in Miami “want existing inventory right now”. “That tells me they’re not just planning on moving their money but they’re planning on spending some time here in Miami,” he said. “Before, it was pre-construction condos that people were looking for, but now they’re asking what’s available in the resale market. These are not investors per se, these are families.

” Tony Rodriguez-Tellaheche of the Prestige Realty Group said some Colombians appeared to be waiting to see what Petro’s government was actually like, “but others are saying ‘we’re very scared about our money and we think if we wait it’s going to be too late’.” Miami has long been a haven for Latin Americans fleeing unrest, persecution or economic volatility in their region. Some 70 per cent of the population in Miami Dade county is Hispanic and half the county’s 2.7mn residents were born outside the US. In Colombia, one tax lawyer, speaking on condition of anonymity, told the Financial Times his firm had a flurry of enquires from anxious citizens in recent months. “They fall into three categories,” he said. “The first group simply want to reduce their exposure to Colombia by putting cash in a foreign bank account or maybe investing in property. The second group want to go further and redomicile away from Colombia to reduce their exposure to any eventual tax hikes.

The third group — the smallest — have dual nationality and want to renounce their Colombian citizenship altogether and get out of the country.” While some wealthy Colombians appear to be moving money to the US, most US companies in Colombia seem determined to stay the course, citing the country’s relatively strong institutions as reason to remain. “These companies have a long-term vision, 50 years or so — that’s 12 governments away,” said Ricardo Triana, executive director of the Council of American Companies (CEA), a body representing more than 110 US groups with operations in Colombia. “They’re investing in the country, not in one particular government.” He pointed to recent commitments from energy firm AES Corporation, food and beverage company PepsiCo and coffee producer Green Coffee as evidence that US companies still had faith in Colombia. However, Triana acknowledged the outlook was less rosy for extractive companies such as Drummond, the owner of coal mines in northern Colombia, and ExxonMobil, which is working on a fracking pilot project.

Many economists say Petro’s fossil fuels policy will hit Colombia’s economy hard. Oil and coal account for more than 70 per cent of all royalty payments in the country, 8 per cent of fiscal revenues and 30 per cent of foreign direct investment. Despite concerns about Petro’s policies, his actions since winning the election have gone some way to easing investor fears. Last week, he appointed José Antonio Ocampo, a respected economist, as his finance minister. Ocampo has served in the role before and had a distinguished career at the central bank and the UN. “His long career in academia and policymaking should be well received by market participants,” Citibank noted. William Jackson, chief emerging markets economist at Capital Economics, said that while growth and private investment might slow under the new government and concerns over public debt might increase, “we suspect that a Petro presidency may not be as radical as some fear”.