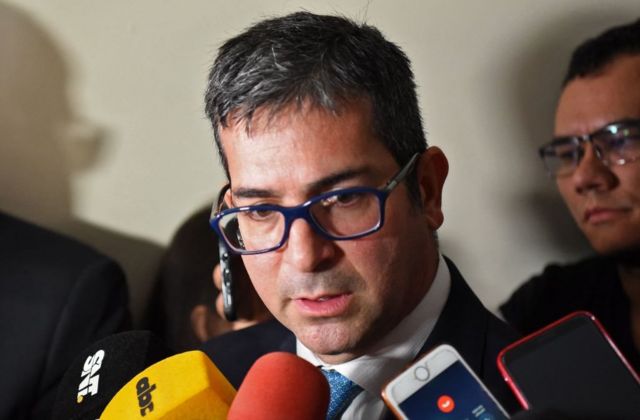 Paraguayan and Colombian authorities Thursday announced progress was being made in the investigation of Prosecutor Marcelo Pecci’s May 10 murder while honeymooning in an exclusive Caribbean beach resort.

Marta Lucía Ramírez, Colombia’s Vice President and Foreign Minister, said in Asunción that the inquiries into the crime of the Paraguayan antimafia prosecutor were “quite advanced.”

“The investigations are quite advanced and work continues in coordination with the investigation authorities of the United States and other countries,” she was quoted as saying.

Ramírez met Thursday with Paraguayan President Mario Abdo Benítez, to whom she expressed her solidarity and condolences “on behalf of the people and government of Colombia” for the murder. She also met with her colleagues, Vice President Hugo Velázquez and Foreign Minister Julio Arriola, in addition to other officials.

“We need both countries so that we can triumph against organized crime,” she told reporters. She added that in June or July there will be a high-level meeting between dignitaries from both countries to outline cooperation procedures in matters of trade, security, defense, and the fight against drug trafficking.

Arriola thanked Ramírez for her presence in Asunción, adding that “good friends are known in difficult moments, and the gesture made by the Colombian foreign minister, sent by President Iván Duque, is very important for Paraguay.”

Regarding Pecci’s murder, Arriola said that “some lines and some clans were identified, but I would like to be cautious with respect to that particular issue because it is the responsibility of the Ministry of the Interior.”

Ramírez also met with Interior Minister Federico González. “The death of prosecutor Pecci hurts us and the commitment of President Iván Duque in the instruction he gave to the director of the Police and to all the Colombian State team is that in this investigation we have to achieve prompt results, that are effective, that are forceful,” she underlined through a statement released in Bogotá.

“The most important thing now is to work on prevention, we must avoid that this happens again in Paraguay or Colombia or in any Latin American country; this implies strengthening all the collaboration in the fight against drug trafficking and organized crime,” Ramírez added.

Among those arrested were several foreigners, some of them allegedly linked to money laundering operations in Paraguay, which could be connected to Pecci’s case. Colombian media -namely El Tiempo- have reported the so-called First Capital Command (PCC) was suspected of being behind the assassination.

share on Facebookshare on Twitter
Building peace, one project at a time in Colombia
Colombia to train Ukrainian military on landmine removal