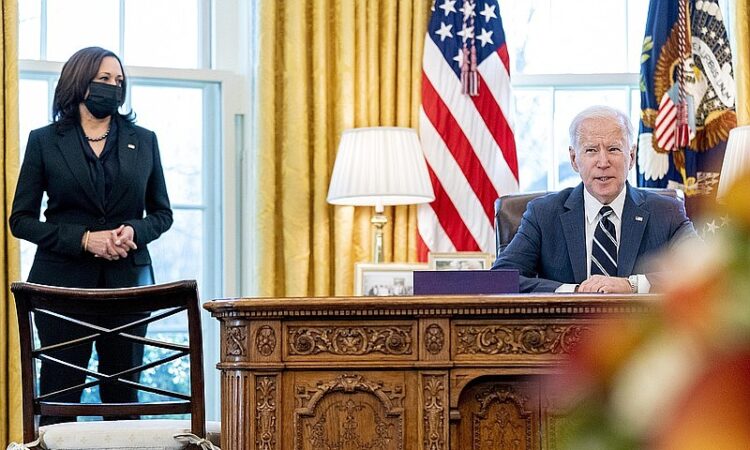 Advisers to President Joe Biden are cooking up a massive $3 Trillion package of new spending to include things like infrastructure, new regulation on carbon emissions, universal pre-kindergarten, free community college and an effort to “reduce inequality.”

The New York Times and The Washington Post broke the news on Monday, saying the new proposal would be partially paid for by tax increases.

The Times reported: Administration officials caution that details of the spending programs remain in flux. But the scope of the proposal under consideration highlights the aggressive approach the Biden administration wants to take as it tries to harness the power of the federal government to narrow economic inequality, reduce the carbon emissions that drive climate change and improve American manufacturing and high-technology industries in an escalating battle with China and other foreign competitors.

The Post wrote: That effort is expected to be broken into two parts — one focused on infrastructure, and the other focused on other domestic priorities, such as universal prekindergarten, national child care, and free community college tuition.The infrastructure component of the proposal includes $400 billion in spending to combat climate change, including $60 billion for infrastructure related to green transit and $46 billion for climate-related research and development. The plan also would aim to make electric vehicle charging stations available across the country. The measure would also include $200 billion for housing infrastructure, including $100 billion to expand the supply of housing for low-income Americans.

President Biden’s advisers are preparing to propose up to $3 trillion in spending on efforts to boost the economy, improve infrastructure, minimize carbon emissions and reduce inequality — paid for, in part, by tax increases on corporations and the rich. https://t.co/6rnPrluUzM pic.twitter.com/OATHj48VZb