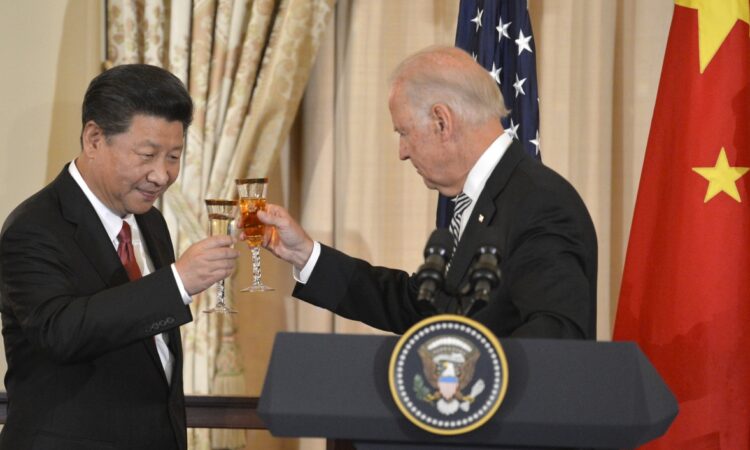 President Joe Biden announced the formation of a “Department of Defense China Task Force” on Wednesday.

Ely Ratner, a special assistant to Secretary of Defense Lloyd J. Austin III, will lead the effort. The task force has four months to develop recommendations for senior defense leaders.

Austin and newly sworn in Deputy Secretary of Defense Kathleen H. Hicks called China the “pacing threat” for America in this era of strategic competition:

China is seeking to overturn the current rules-based structure, which has benefitted all nations in the Indo-Pacific region. The United States and its allies seek to continue the free and open environment in the region. China is using all elements of national power to bend the nations to its will.

The United States is conducting freedom of navigation operations to ensure all nations can use international waterways and air routes. The U.S. is working with allies to improve policing of national borders and exclusive economic zones to ensure sovereignty.
Countering Chinese efforts is the focus of the task force.

Defense officials called the task force a “sprint effort” that will examine high-priority topics including strategy, operational concepts, technology and force structure, force posture and force management and intelligence. The task force will also examine U.S. alliances and partnerships and their impact on Sino-American relations and DOD relations with China.

The 15-member task force will come from a wide swath of the department and include the Office of the Secretary of Defense staff, the Joint Staff, the services, the combatant commands and representatives from the intelligence community.

The task force will also speak with interagency partners to ensure the defense response is aligned with the whole-of-government approach toward China that the president wants.

“That is how we will meet the China challenge and ensure the American people win the competition of the future.”