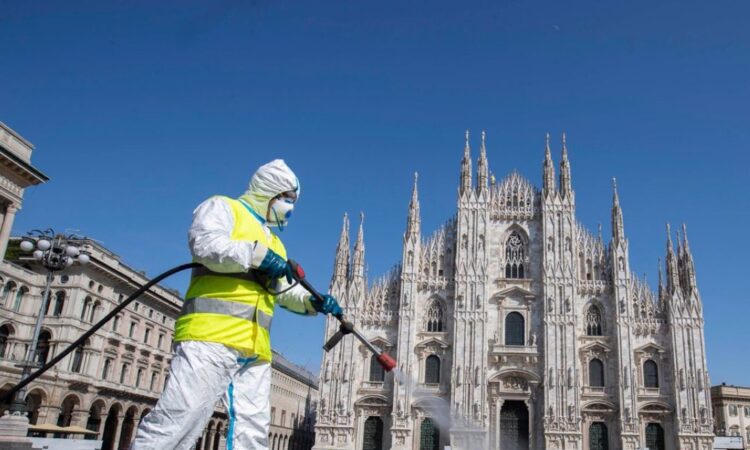 Authoritative new data on the age distribution of COVID-19 fatalities in Italy is calling into question policies in the U.S., U.K. and elsewhere that imposed general population lockdowns and, in some cases, spread coronavirus in nursing homes among the very age cohort that faces by far the gravest risk from exposure to the disease.

According to a report published on May 22 by the Italian National Institute of Health (ISS), the average age of those who died in Italy was 81.

The Italian data further revealed that 96% of those whose deaths were attributed to COVID-19 had other chronic conditions: 59.6% had three or more other illnesses, 21.4% had two, and 15% had one. Only 4% had no other health condition, aside from the inevitable weakening of the immune system in old age. Those other health conditions, or comorbidities, included: arterial hypertension (68.3%), type-2 diabetes, (30.1%), ischemic heart disease (28.2%), atrial fibrillation (22.5%), and chronic renal failure (20%).

Assuming similar results in other countries, it means that those most in need of protection from the virus are the very old and those with preexisting health conditions, not the general society. Under procedures adopted by some U.S. states to “flatten the curve” and preserve hospital capacity, almost the opposite occurred.

Under a March 25 directive issued by New York Democratic Governor Andrew Cuomo, for example, nursing homes were forbidden to refuse people “solely based on a confirmed or suspected diagnosis of COVID-19.” That applied until supplanted by a new rule on May 10 requiring that hospital patients must test negative for COVID-19 before being sent back to nursing homes.

In the intervening time period, around 4,500 infected patients were transferred from hospitals to nursing homes.

Cuomo tried to fend off angry criticism this week after his state was shown to account for 5,900 of the 26,000 deaths in U.S. nursing homes.

California, Michigan and New Jersey all had similar policies, whereas Massachusetts and Connecticut chose the safer option of designating COVID-only facilities.

Older people were transferred in order to free up beds for predicted surges in numbers of acute patients on a scale that never materialized. According to a May 7 article on National Public Radio’s website, field hospitals built by the Army Corps of Engineers to meet the COVID-19 emergency were mostly never used, and many have been shut down.

Much the same happened in the U.K., where nine “Nightingale” emergency hospitals were ordered at the beginning of the crisis and constructed in impressively short time spans. The army has since drawn up plans for 17 more, yet the original ones have remained largely unused.

Sir Simon Stevens, the head of the National Health Service (NHS) said it would “count as a huge success for the whole country if we never need to use the Nightingales, but with further waves of coronavirus possible it is important that we have these extra facilities in place and treating patients.”The Telegraph: Many NHS NIghtingale hospitals remain empty

Prior to that extra capacity becoming available, the British government also allowed elderly patients to be moved from hospitals to nursing homes (“care homes” in the U.K.) to free up existing hospital beds.

ITV News reported that from the start of the outbreak until mid-April, the official advice to elderly care homes was, “Negative tests are not required prior to transfers/admissions into the care home.” ITV: Care homes may have received COVID-19-positive patients

The CEO of NHS Providers Chris Hopson said in a statement, “It is categorically not true to say that NHS trusts have been systematically discharging patients they know or suspected had Covid-19 into care homes.”

At the same time, however, Hopson admits that limited capacity precluded consistent testing on all patients going into care homes until “mid-April.”

In the House of Commons, on May 13, the new leader of the Labour Party, Sir Keir Starmer, attacked the government by quoting an unnamed cardiologist: “We discharged known, suspected and unknown cases into care homes which were unprepared with no formal warning that patients were infected, no testing available and no PPE (personal protective equipment) to prevent transmission. … We actively seeded this into the very population that was most vulnerable.”