25 years ago we were snatched from the gentleman Andrés Escobar 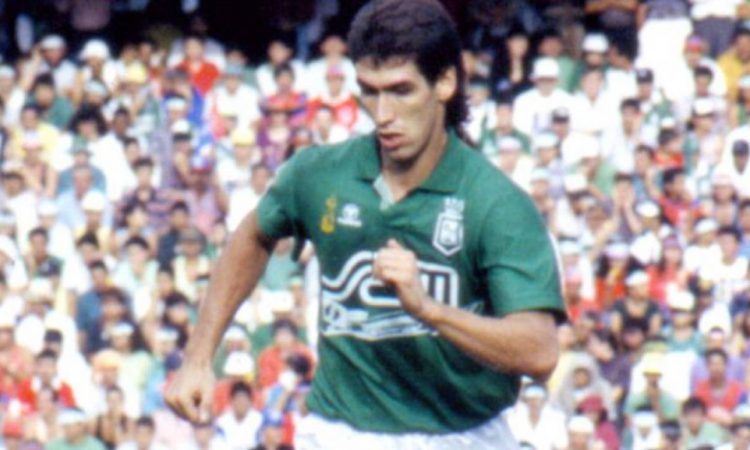 Andrés Escobar Saldarriaga was not only a football idol, he was a person of integrity and of great human quality, not in vain he earned the nickname of El Caballero del fútbol or El Caballero de la cancha. His high performance sports skills allowed him to be called to the Colombian Team at the 1994 World Cup in the United States. Colombia did not have the competitive performance expected by fans in the country and in the world after seeing their performance in the playoffs and friendly games of that year.

In that world cup, the tricolor team lost 3-1 to Romania and 2-1 to the United States, and in this match Andrés Escobar scored an own goal that led to the early elimination of national representation in the first round. After the final match, which Colombia won 2-0 against Switzerland, the Colombian national team returned to the country amid the sadness and bewilderment for the performance of the national team in that orbital tournament.

The charismatic defender Andrés Escobar arrived in his city, his professional Atlético Nacional team, despite the fact that his family asked him to take a vacation in the United States, where he was also part of his relatives, including his brother Santiago Escobar -now recognized football technician-. Andrés Escobar had decided to continue with his normal life in Medellín while he finalized his transfer to an Italian soccer team. That fateful July 2, 1994, the recognized number 2 of the National and the Colombian National Team, arrived at the restaurant El Indio, in the Via Las Palmas of Medellin, where he shared with family and friends, where he maintained the calm, serenity and chivalry that characterized, although several people protested and claimed for the own goal.

The official narrative relates that the player of Atlético Nacional and the Colombian National Team, who was going to get married and arrive for the next season in Milan in Italy, left the restaurant and in the parking lot where he proposed to take his vehicle, he found other people who Again they made demands, and in the middle of the discussion, Humberto Muñoz Castro, conductor of the Pedro brothers and Santiago Gallón Henao, fired on six occasions against Andrés Escobar.

For the murder of footballer Escobar Saldarriaga, Mr. Muñoz Castro was sentenced to 43 years in prison, in which he stayed for 12 years, while the Gallón Henao brothers, indicated by the authorities to support paramilitary groups and have ties to drug trafficking, were not prosecuted as authors of the act, but by concealment.

Some 30,000 people attended the vigil of the corpse in the Atanasio Girardot sports unit, and the parade that took him to Campo de Paz Cemetery, for the final goodbye to Andrés Escobar, the man radiated charisma and kindness on the court and outside of it.- Since then, 25 years ago, in his grave, Andrés is still visited and honored by soccer fans from the country and other places in the world.

share on Facebookshare on Twitter
International Poetry Festival of Medellín goes for reconciliation
In June, Medellín registered a 32% reduction in violent deaths