25 Years After Escobar’s Death, Medellín Struggles to Demolish a Legend 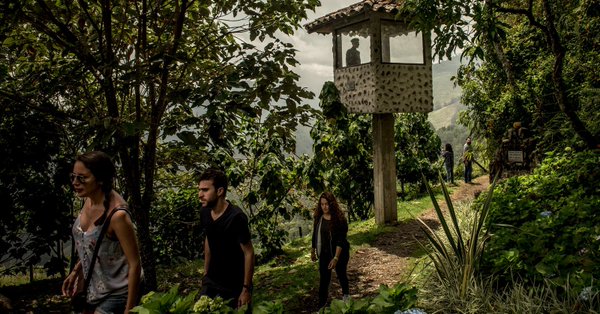 Medellín wants to demolish a former home of Pablo Escobar that has become a tourist attraction. “This symbol, which is a symbol of illegality, of evil, will be brought to the ground.”

MEDELLÍN, Colombia — When the mayor of Medellín showed up, he was bearing a sledgehammer.

He stood with it in front of the former home of Pablo Escobar, the notorious drug lord whose cocaine empire once placed him on lists of the world’s richest and most wanted.

Mr. Escobar lived for years in the Monaco Building, a white, six-story edifice with a penthouse apartment on top and his family name still inscribed in fading letters on the exterior.

The building was bombed in 1988 by Mr. Escobar’s rivals, and not long afterward, he abandoned it. Weeds grew in cracks in the driveway. A satellite dish collected old leaves. And for a while, Medellín could ignore the now-empty Monaco.

Recently, however, attention to the building has returned, piqued by scores of international books, telenovelas and movies about Mr. Escobar.