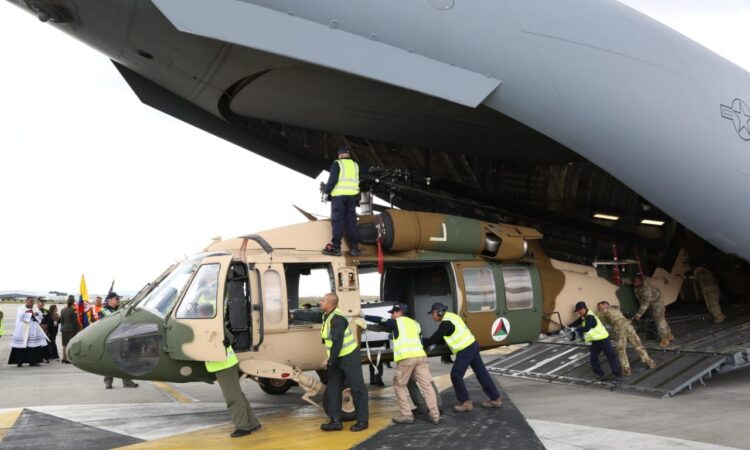 “The defense of the Amazon by the countries of the region should be a common objective and for which we must strengthen policies of consolidation,” Navy Admiral (ret.) Jorge Moscoso, former head of the Peruvian Armed Forces’ Joint Command, told Diálogo on October 2.

The Colombian Amazon is home to 66 percent of the country’s forests. Deforestation also affects other regions such as Meta and Norte de Santander to the east, and Antioquia to the west. The country, however, has an Environmental Crimes Law, which penalizes deforestation with up to 15 years in prison, Colombian news platform 20 minutos reported.

“We are pleased to help this government capture and prosecute major environmental predators,” Brian Harris, director of the International Narcotics and Law Enforcement Bureau in Bogotá, told the Chicago Tribune. “Saving and protecting the Amazon is a matter of national security and human security.”

“This government is committed to the protection of the Amazon rainforest,” Colombian President Gustavo Petro said via Twitter. “We have received three Black Hawk helicopters from the United States, and they will be used by an elite corps that will take care of the environment and combat crimes such as deforestation.”

“Additionally, the coordination and exchange of intelligence information will make it possible to confront criminal organizations that engage in illicit narcotrafficking in the Amazon,” Moscoso said.

Major General Henry Sanabria, director of the Colombian National Police, said via Twitter that the U.S.-donated aircraft will be essential for the development of the country’s most remote populations, since they will not only be used to protect the environment, but also in aerial evacuations in case people living in those regions have injuries or diseases. “We will also combat forest logging with these helicopters,” he said.

According to the Colombian Police, the aircraft will have a new design to distinguish them in their work of mitigating fires, evacuating communities at risk, and pursuing organizations that prey on nature, Colombian newspaper El Heraldo reported.

Colombian Minister of Environment and Sustainable Development Susana Muhamad said via Twitter that 3.1 million hectares of forests had been cleared in Colombia over the last 20 years, and only 500,000 hectares have been restored.

“We have to stop deforestation and start restoring critical ecological connections,” Muhamad said. “We want to reach the territory from the state to reduce the rate of deforestation.” Excessive and unregulated logging is especially prevalent in the south of the country, where the Amazon, which contains 66 percent of the country’s forests, is located.

Colombia is currently carrying out Operation Artemis, a joint intervention of the Armed Forces, the Police, the Attorney General’s Office, and Colombia’s National Natural Parks, whose mission is to combat deforestation and protect the country’s oceans and biodiversity.

“Operation Artemis will now focus on more preventive issues and work hand in hand with the community, to prevent further deforestation in the country, especially in the Amazon,” Muhamad said.

Muhamad added that they will establish a dialogue with the Amazon communities so that they can participate in environmental education programs, and work in their territories with the support of the State.