US aid for Venezuela contained “tools used in violent action” 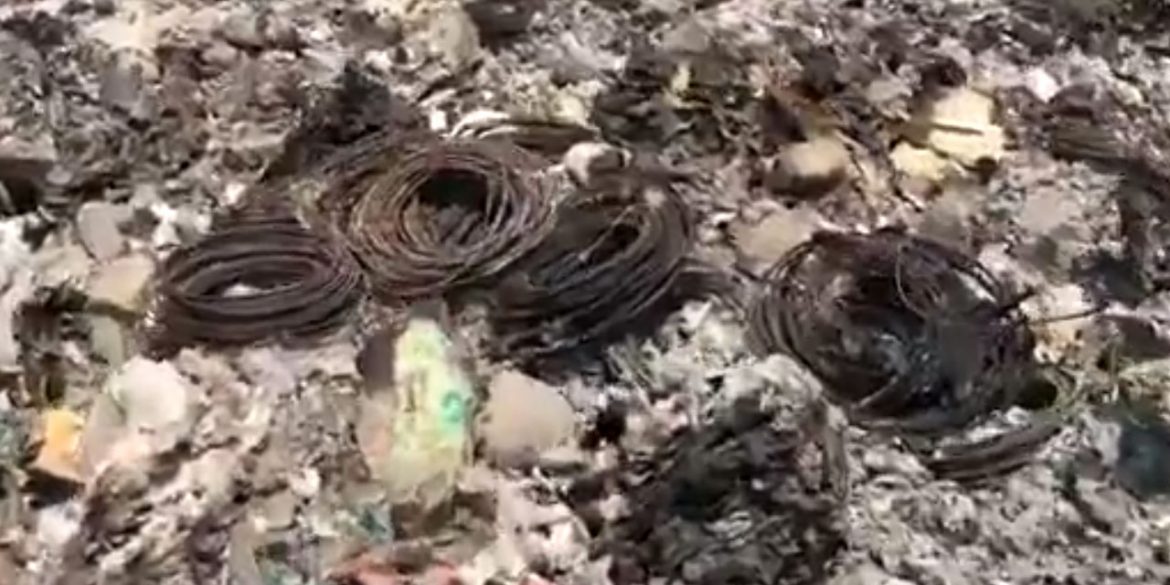 The videos were released on Monday by Telesur journalist Madeleine Garcia, who was given access to the smoldering remains of the trucks that caught fire amid border clashes between opposition supporters and the Venezuelan military.

The presence of the items on the trucks with what the US embassy called humanitarian aid was confirmed by Luis Hernandez, a reporter for Mexican newspaper La Jornada, which has traditionally supported Venezuela’s “Chavista”  government.

The two reporters also found gel and nail clippers that were not shown to the press when the US embassy in Bogota presented food supplies and medicine at a propaganda event attended by many dozens of journalists earlier this month.

“What seems evident is that this idea of humanitarian aid was used to add tools that are used by protesters in their violent actions” against Venezuela’s disputed President Nicolas Maduro, the Mexican journalist said in a video on Twitter.

Protests surrounding the filed attempt to allow the trucks is were marred by clashes between opposition supporters and Venezuela’s National Guard that left at least four people dead and many dozens injured.

The authoritarian Maduro refused the trucks to enter claiming they were part of a US-orchestrated campaign to oust him.

The US embassy in Bogota, which has been in charge of the allegedly “humanitarian” aid operation together with Venezuelan opposition leaders, would not respond to questions by Colombia Reports in regards to the items found by the reporters.

The European Union and most countries in the Americas refuse to recognize Maduro as the legitimate president of Venezuela and have been increasing diplomatic pressure to force the authoritarian leader to step down.

The US, which has a history of violently overthrowing governments in Latin America, is the only country that openly supports Guaido’s call to “keep all options open,” including violence or a military intervention.

The US has even imposed sanctions on Venezuela’s state oil company PDVSA that are widely considered to worsen the humanitarian situation in Venezuela, which has been suffering a growing humanitarian crisis and explosive political polarization.

Russia and China have expressed their support for Maduro.

Guaido failed attempt to bring the trucks into his country effectively locked him out of Venezuela. He is now leading efforts to overthrow his government from Colombia’s capital Bogota.

The situation has generated unprecedented tensions between the two neighbors.