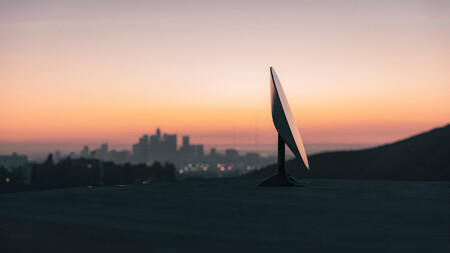 The United Kingdom gave SpaceX approval to build more Starlink Gateways as the government works to provide internet access to countryside communities. SpaceX already has three operational Starlink Gateways in the country, which are ground stations with antennas that connect to fiber-optic infrastructures to access internet data and transmit it to the satellites in Low Earth Orbit.

SpaceX has plans to build Starlink Gateway ‘Megasites’, according to a filing (linked below). SpaceX received approval from British communication’s regulator Ofcom to build six more Starlink Gateways, including one ‘Megasite’ that is under construction at Wherstead, United Kingdom (U.K.). The Gateways will support SpaceX’s next-generation Starlink satellites known as the Starlink Generation 2 (Gen2) system, designed to add more capacity to the network.

Connecting back to the PoP, using Dark Fiber. Early reports on Reddit suggested they were buying 100G waves (https://t.co/wdwsK3sSN5). pic.twitter.com/bXwAbFbX3Z

The U.K. government launched a trial as part of the Project Gigabit program to test Starlink satellite internet across multiple countryside (rural) locations. Project Gigabit gives families and businesses vouchers to facilitate the expansion of internet access to rural and remote communities. The Department of Digital, Culture, Media and Sport announced the project will initially cover regions where terrestrial internet infrastructures, like fiber-optic cables, are too difficult to build due to geographical characteristics like mountainous areas or small islands, where it would be too expensive to lay out underground cable systems. Starlink is a more cost-effective and easier alternative to provide internet access to these countryside areas. SpaceX’s network of thousands of low-orbiting satellites beam internet directly to user terminals that are easy to set up. The initial areas that will have access to the Starlink include: Rievaulx Abbey in North Yorkshire Moors National Park, Wasdale Head in the Lake District and two sites within Snowdonia National Park.

“High-speed broadband beamed to earth from space could be the answer to the connectivity issues suffered by people in premises stuck in the digital slow lane,” said Digital Secretary Michelle Donelan. “Ensuring everyone can get a quality internet connection is crucial to our levelling up plans and these trials aim to find a solution to the prohibitively high cost of rolling out cables to far-flung locations,” they said in a PA Media press release. “We are also today kicking off plans for our biggest broadband build to date as we announce another £100 million is being spent as part of our Project Gigabit programme.”