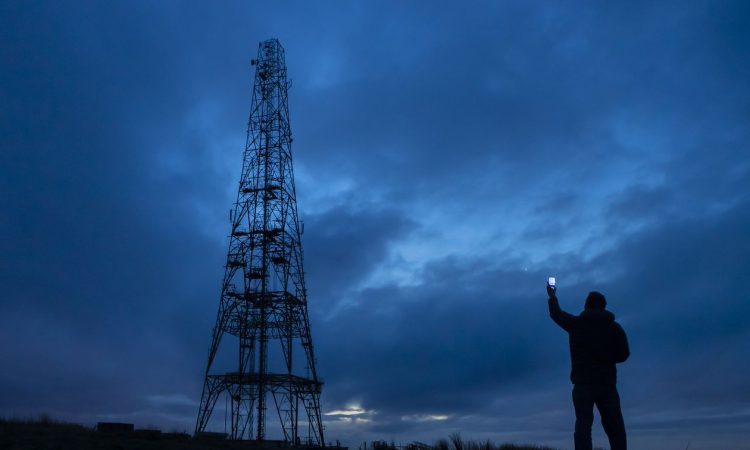 Chinese telecom company is given permission to build noncritical parts of the network, despite U.S. security concerns

The U.K. government has given the green light for Huawei Technologies Co. to build part of its next-generation 5G cellular network, dismissing calls from the Trump administration to boycott the Chinese telecom-equipment vendor over security fears.

The government said Huawei would be given permission to build noncritical parts of the country’s 5G network. Britain’s National Security Council concluded that the security risks the Chinese company presented could be managed. Huawei officials have repeatedly denied claims that its equipment could be used by the Chinese state to spy on countries or incapacitate key infrastructure.

The decision is a major setback for American-led efforts to clamp down on the use of Huawei products, and could embolden other countries to follow the U.K.’s lead. Germany is expected to make a decision on whether to allow Huawei to build sections of its own 5G network later this year.

U.S. officials visited London recently to reiterate their fears that the use of Huawei would strengthen China’s attempt to gain a stranglehold on the global telecom-equipment market. In recent days, President Trump, Treasury Secretary Steven Mnuchin and Secretary of State Mike Pompeo have warned U.K. officials of what they describe as the dangers of allowing telecom companies to use Huawei equipment.

The U.K.’s decision doesn’t give Huawei a full pass: The country will ban the company’s equipment from centralized parts of the 5G infrastructure that route data across the network, as well as sensitive locations such as near military and nuclear installations. Huawei will only be allowed to provide more peripheral equipment—such as base stations and antennae that connect the core to consumers’ devices—that is viewed as less of a security risk. The decision also limits the market share of the Chinese company to no more than 35%.

Huawei Vice President Victor Zhang said he was reassured by the British government’s decision. “This evidence-based decision will result in a more advanced, more secure and more cost-effective telecoms infrastructure that is fit for the future,” he said.

For Britain, the choice follows months of prevarication. As the country prepares to quit the European Union this week, the government is loath to antagonize either the U.S. or China, with which it wants to bolster trading relations. Meanwhile, Prime Minister Boris Johnson wants to ensure that Britain has access to cutting-edge telecom equipment, seen as vital for powering everything from driverless cars to virtual-reality headsets. A key plank of the government’s vision after Brexit is to turn Britain into a high-tech research hub. That can’t be achieved without a quick 5G rollout.

Still, the choice risks angering U.S. officials, led by Trump, who have lobbied the U.K. not to use Huawei. Mr. Pompeo took to Twitter over the weekend to warn the British government over Huawei. Mr. Trump and Mr. Johnson discussed the issue last week by telephone.

“It’s critical that we have infrastructure that’s protected,” said Mr. Mnuchin in a speech in the U.K. over the weekend. “These national security issues go beyond the traditional aspects.”

U.S. officials have warned that backing Huawei could affect trade talks with the U.K., which are expected to get under way in earnest next month. They also warned that intelligence sharing with the U.K. may be restricted, a threat that British officials believe is overblown.

British security officials have long pointed to a practical problem with banning Huawei: The company is already embedded in British telecom infrastructure that will form the base of the 5G network. Ripping it out would cost billions of dollars and set back the rollout of the new network by years. A dearth of competitors to Huawei also means the country has few other options.

Huawei has emerged as the world’s biggest maker of telecom gear, including base stations, switches and routers. It competes chiefly with Sweden’s Ericsson AB and Finland’s Nokia Corp. and benefits from Chinese state subsidies.

It is currently the telecom-equipment market leader in the U.K., according to a government report published in 2019. The British government in 2018 estimated that Huawei’s market share for 4G networks in the U.K. was around 35%. That figure rises to 45% for ultrafast fiber networks. The U.K.’s largest telecom provider, BT Group PLC, is a longtime Huawei customer and has already started rolling out its 5G network using the company’s equipment.

Britain has already taken steps to mitigate the risk that Huawei presents. A research lab overseen by U.K. officials but funded by Huawei studies the equipment for security issues. In 2018 and 2019, it highlighted major quality and security issues with Huawei’s engineering. Last year, the oversight committee said it could only offer “limited assurance” that risks to U.K. national security from Huawei were sufficiently mitigated. A major problem was that the lab was vetting software that was different from that running in equipment across the country.

The debate over Huawei has sown division among senior British lawmakers over what the country’s strategic priorities should be. Australia, another key British ally, has already banned Huawei. Some British lawmakers had argued the U.K. should follow suit, worried that sovereignty could be surrendered to China.

“Is the risk worth it?” said Tom Tugendhat, a lawmaker in Mr. Johnson’s ruling Conservative Party. “If even the communist party in Vietnam reject it…perhaps we should be aware of strangers and the gifts they bear.”