The story behind the woman who hung on cable in Medellín 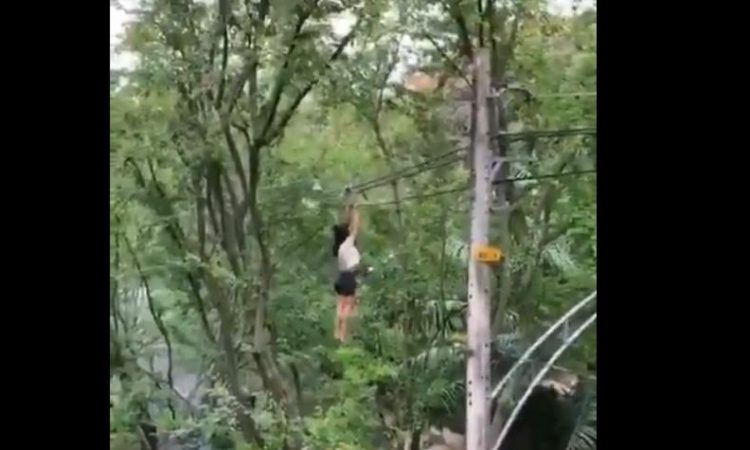 “Two years ago my sister was diagnosed with bipolar affective disorder and what happened last Sunday was due to a crisis.”

This is what the sister of the woman said that last Sunday, January 26 in the Santa Monica neighborhood, located in the western center of Medellín, became the center of attention after she climbed a power cable and threw herself to the floor more than six meters height.

Although initially the local authorities assured that the woman was under the effects of drugs, three days after the fact the young woman’s family denied that version and criticized the response of the rescue agencies.

According to the family, although the girl did not have fractures or serious injuries, after her departure from hospital she recovers from the crisis and the blows she suffered as a result of the fall.

One of the rescue men who attended the event said that the decision of the authorities was to ask for a crane to try to lower the woman because the “fragility of the tree” was very dangerous to try to climb to rescue her.

However, beyond the alleged flaws in the procedures, experts explain that what happened evidences a set of problems in the attention to mental disorders that, according to official figures, have been increasing in recent years.

In the city there are still several shortcomings in the health system to deal with psychiatric disorders, including the lack of specialists and the lack of training that medical personnel have to deal with crises.

According to data from the Secretariat of Health of Medellín, by June 2018 there were only 208 psychiatric beds, 111 outpatient psychiatric services and 429 psychology to attend the entire city.

The vicesecretary of Public Health revealed last December that in the last update of the Population Study of Mental Health, the prevalence of bipolar affective disorder went from 0.8 percent in 2012 to 1.0 percent in 2019.

Tags :Medellín
share on Facebookshare on Twitter
From the air, drones of the National University check traffic
Independiente Medellín premiered winning at the Atanasio Girardot