HomeLiveThe civilized world wants to end the carnage in Venezuela, but Cuba is the author of the barbarism
Live

The civilized world wants to end the carnage in Venezuela, but Cuba is the author of the barbarism 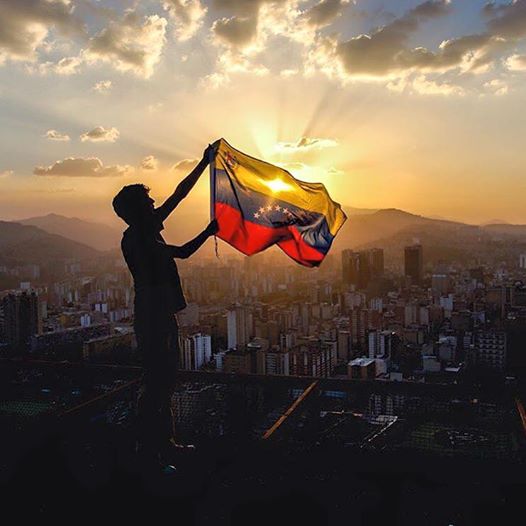 By Mary Anastasia O’Grady
The civilized world wants to end the carnage in Venezuela, but Cuba is the author of the barbarism. Restoring Venezuelan peace will require taking a hard line with Havana.

Step one is a full-throated international denunciation of the Castro regime. Any attempt to avoid that with an “engagement” strategy, like the one Barack Obama introduced, will fail. The result will be more Venezuelas rippling through the hemisphere.

The Venezuelan opposition held its own nationwide referendum on Sunday in an effort to document support for regularly scheduled elections that have been canceled and widespread disapproval of strongman Nicolás Maduro’s plan to rewrite the constitution.

The regime was not worried. It said it was using the day as a trial run to prepare for the July 30 elections to choose the assembly that will draft the new constitution.

The referendum was an act of national bravery. Yet like the rest of the opposition’s strategy—which aims at dislodging the dictatorship with peaceful acts of civil disobedience—it’s not likely to work. That’s because Cubans, not Venezuelans, control the levers of power.

Havana doesn’t care about Venezuelan poverty or famine or whether the regime is unpopular. It has spent a half-century sowing its ideological “revolution” in South America. It needs Venezuela as a corridor to run Colombian cocaine to the U.S. and to Africa to supply Europe. It also relies heavily on cut-rate Venezuelan petroleum.

To keep its hold on Venezuela, Cuba has embedded a Soviet-style security apparatus. In a July 13 column, titled “Cubazuela” for the Foundation for Human Rights in Cuba website, Roberto Álvarez Quiñones reported that in Venezuela today there are almost 50 high-ranking Cuban military officers, 4,500 Cuban soldiers in nine battalions, and “34,000 doctors and health professionals with orders to defend the tyranny with arms.” Cuba’s interior ministry provides Mr. Maduro’s personal security. “Thousands of other Cubans hold key positions of the State, Government, military and repressive Venezuelan forces, in particular intelligence and counterintelligence services.”

Every Venezuelan armed-forces commander has at least one Cuban minder, if not more, a source close to the military told me. Soldiers complain that if they so much as mention regime shortcomings over a beer at a bar, their superiors know about it the next day. On July 6 Reuters reported that since the beginning of April “nearly 30 members of the military have been detained for deserting or abandoning their post and almost 40 for rebellion, treason, or insubordination.”

The idea of using civilian thugs to beat up Venezuelan protesters comes from Havana, as Cuban-born author Carlos Alberto Montaner explained in a recent El Nuevo Herald column, “Venezuela at the Edge of the Abyss.” Castro used them in the 1950s, when he was opposing Batista, to intimidate his allies who didn’t agree with his strategy. Today in Cuba they remain standard fare to carry out “acts of repudiation” against dissidents.

The July 8 decision to move political prisoner Leopoldo López from the Ramo Verde military prison to house arrest was classic Castro. Far from being a sign of regime weakness, it demonstrates Havana’s mastery of misdirection to defuse criticism.

Cuba’s poisonous influence in Latin America could be weakened if the international community spoke with one voice. The regime needs foreign apologists like former Spanish Prime Minister José Luis Rodríguez Zapatero and the leftist wing of the Vatican. It also needs the continued support of American backers of the Obama engagement policy, who want the U.S. to turn a blind eye to human-rights abuses.

Yet there are limits to what can be brushed off. When opposition congressmen were attacked by Cuban-style mobs on July 5, and their bloodied faces showed up on the front pages of international newspapers, the Zapateros of the world began to squirm. That was Havana’s cue to improve the lighting for Mr. Maduro.

First Mr. Maduro claimed he knew nothing about it, though his vice president was on the floor of the legislature while it was happening. That was not believable. Three days later came the sudden decision to move Mr. López from military prison to house arrest. Mr. Maduro said it was a “humanitarian” gesture. Defense Minister Vladimir Padrino, an acolyte of Fidel, said that it was a “product of dialogue and tolerance.”

Thus the images of the savagery in the National Assembly receded while photos of Mr. López, kissing a Venezuelan flag atop a wall outside his home, popped up everywhere. Mission accomplished and Mr. López remains detained.

For too long the world has overlooked the atrocities of the Cuban police state. In 1989 Fidel was even a special guest at the inauguration of Venezuelan President Carlos Andrés Pérez. Today the “special guests” are brutalizing Venezuela as the world wonders what went wrong.

share on Facebookshare on Twitter
Pablo Escobar’s top hitman calls on Theresa May to legalise cocaine
The Battle for Venezuela, Through a Lens, Helmet and Gas Mask