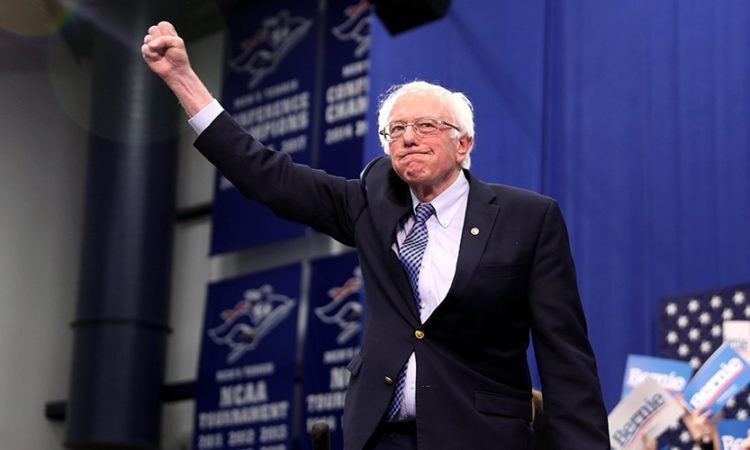 Bernie Sanders (I-Vt.) dropped out of the Democratic presidential race, paving the way for former Vice President Joe Biden to win the 2020 nomination.

Sanders was unable to build on his early momentum in the race after wins in New Hampshire and Nevada as well as virtual tie in Iowa, going on to lose a string of states to Biden after the former vice president consolidated the support of moderate Democrats.

The departure marks Sanders’s second failed attempt at the Democratic nomination after he came up short in his 2016 challenge against former Secretary of State Hillary Clinton.

The 2016 campaign did, however, vault Sanders to household name status after he cobbled together a loyal base of support from largely young voters who grew enamored with his progressive policies and efforts to push the party further left.

Though moderates accused Sanders of dividing the party — and weakening Clinton — by not dropping out sooner in 2016, he earned plaudits from liberals over his ability to push her to adopt policies such as a $15 minimum wage and making four-year public colleges and universities debt-free, among others.

The Vermont senator entered the 2020 primary race as an instant top-tier contender in a historically crowded field. He again campaigned from the left, emphasizing policy proposals such as the Green New Deal and the Medicare for All single-payer health proposal he authored.

While this time Sanders was forced to share the progressive lane with Sen. Elizabeth Warren (D-Mass.), he appeared to carry much of his 2016 base with him in his second White House bid. He emerged as a fundraising juggernaut, consistently hauling in tens of millions of dollars each quarter, and rarely appeared outside the top three spots in national and state surveys.

Sanders essentially tied for the lead in February’s Iowa caucuses — securing the popular vote while not taking as many delegates as former South Bend, Ind., Mayor Pete Buttigieg — before winning the New Hampshire primary and ultimately trouncing his competition in Nevada, giving himself an early delegate lead.

Those early victories sent the moderate wing of the Democratic Party into a tailspin, with centrists scrambling to unify around an alternative to Sanders, whose democratic socialism they feared would prove an easy general election target for President Trump.

However, the crowded moderate lane that played to Sanders’s advantage did not last much longer.

Biden put up a 30-point rout in his firewall state of South Carolina, prompting Buttigieg and Sen. Amy Klobuchar (D-Minn.) to exit the race and endorse the former vice president, reviving his flagging campaign after dismal showings in the first three contests.

Biden’s success continued into Super Tuesday, when he won 10 of 14 states and ended the day with a slim delegate lead. The winning spree, which included some states Biden never even visited, chased Bloomberg and Warren from the race and recast the field as a two-man competition with Sanders.

It was all Biden after Super Tuesday as the former Delaware senator racked up wins in crucial states like Michigan and Florida and swept Sanders in the south. Biden expanded his base of African Americans, older voters and white voters with and without college degrees, while Sanders saw his support dissolve among the working class voters who helped him surge in 2016 and his strong backing among younger generations fail to translate into primary votes.

Sanders had indicated prior to his withdrawal he would support the ultimate nominee in the general election if he lost the primary, saying his top priority is defeating Trump in November.

Though the two have butted heads on a range of issues from trade to Social Security to foreign military interventions, Sanders pledged he would back the former vice president during their March primary debate in Washington, D.C.

“Look, if I lose this thing, Joe wins,” Sanders said in their only one-on-one debate. “Joe, I will be there for you.”