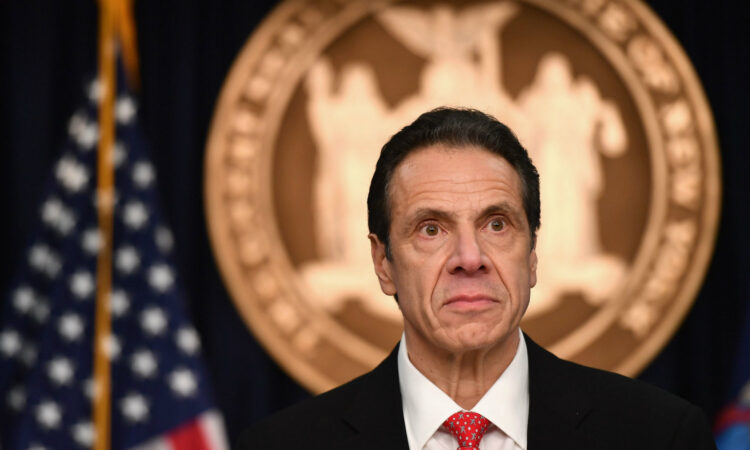 The past several days have been looking rather rough for New York Governor Andrew Cuomo. His popularity seems to be continuously decreasing as public outcry over his coverup of his own responsibility for thousands of nursing home deaths continues to grow. Supposedly, the Cuomo Administration covered up nursing home deaths in massive numbers during the 2020 COVID-19 crisis to prevent a federal investigation from the Trump Administration. Breaking911 has previously reported on a leaked phone call from Cuomo’s top aide, Melissa DeRosa, about the details of that cover up here.

In reaction to this, 14 Democratic New York state senators reprimanded Governor Cuomo on Friday in a prepared statement first reported on by the New York Post:

“While COVID-19 has tested the limits of our people and state — and, early during the pandemic, required the government to restructure decision making to render rapid, necessary public health judgments—it is clear that the expanded emergency powers granted to the Governor are no longer appropriate.”

The lawmakers would also go on to demand the emergency powers be stripped from Cuomo immediately, rather than at the end of April deadline:

“While the executive’s authority to issue directives is due to expire on April 30, we urge the Senate to advance and adopt a repeal as expeditiously as possible.”

Melissa DeRosa would later attempt to clarify her words from the notorious phone call in a statement tweeted out by Rich Azzopardi, Senior Advisor to Governor Cuomo.

“Crucial information should never be withheld from entities that are empowered to pursue oversight,” said Senate Majority Leader Andrea Stewart-Cousins. “This was always about getting the truth and allowing information to guide our response.”

Majority Leader Stewart-Cousins also seemingly hinted at a threat towards Governor Cuomo, stating: “As always, we will be discussing next steps as a conference.”

Whatever these, “next steps” that the Majority Leader is talking about are unknown. Whether these steps will be some form of democratic punishment for the governor and his actions or just future plans in combatting the coronavirus pandemic, things do not look like they’ll be getting easier for Andrew Cuomo anytime soon.

share on Facebookshare on Twitter
LEAKED VIDEO CALL: Gov. Cuomo’s secretary admits the Cuomo administration covered up COVID-19 nursing home deaths
COVID-19 relief bill embraced by Democrats will cause billions of dollars in cuts to critical programs such as Medicare