MUST WATCH: Rand Paul SNAPS at Dr. Fauci over masks 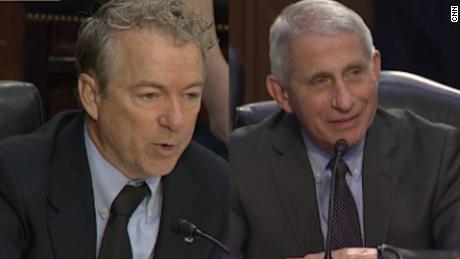 On Wednesday, top health officials appeared on Capitol Hill, where lawmakers sparred with them about the administration’s response to the coronavirus and vaccine development.

“No, it’s not – here we go again with the theater. Let’s get down to the facts,” Fauci responded, …. “look at in-vitro examination of memory immunity” and pointing out that the authors “specifically say, ‘this does not necessarily pertain to the actual protection, it’s in-vitro.”

The post MUST WATCH: Rand Paul SNAPS at Dr. Fauci over masks appeared first on Breaking911.