Most powerful sprints in 2017, featuring Peter Sagan and Fernando Gaviria 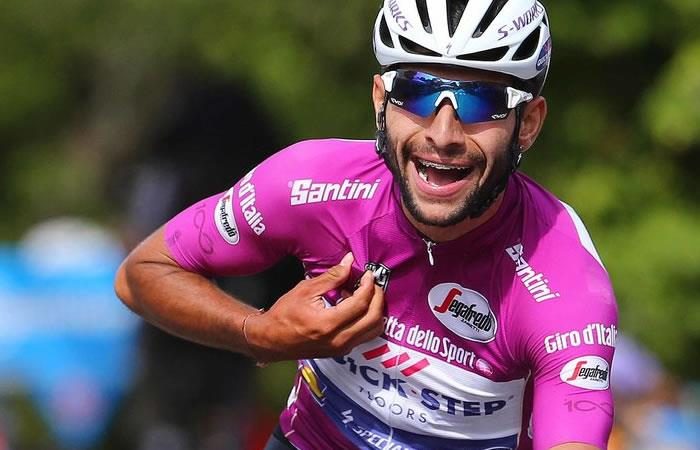 Here, we count down the eight most powerful sprints we recorded this year.

Stuyven rode brilliantly to help Trek-Segafredo win the Hammer Sprint at Hammer Sportzone Limburg in June. He won the sprint on lap four by joining a three-man breakaway and then producing a huge 20-second sprint.

Quick-Step Floors delivered a crosswinds masterclass on this day by accelerating with 10km to go and creating an unexpected 10-rider breakaway. As well as Gaviria, the only other sprinters in the group were Giacomo Nizzolo (Trek-Segafredo) and Rudiger Selig (BORA-hansgrohe), but the Colombian triumphed with ease thanks to a textbook lead-out and an unmatchable display of power.

Gaviria won his second stage of the Giro with another sublime performance. Sam Bennett (BORA-hansgrohe) led out the sprint, but Gaviria produced an electric surge to move ahead and comfortably take the win.

Walscheid didn’t manage to win the sprint on the opening lap of the Hammer Sprint, finishing only sixth, but this was an outstanding effort nonetheless. His result was affected by the fact he didn’t have a lead-out and did not have much shelter from the wind. The lap was also ridden at a breakneck pace thoughout, so to still be able to produce this much power was impressive.

Ewan had to settle for second place on this stage because BORA-hansgrohe’s Lukas Pöstlberger had launched a surprise attack and held on for victory, but the power and speed he produced while giving chase and leaving his fellow sprinters behind were still remarkable. It showed that despite being one of the smallest sprinters in the peloton, he is also one of the most powerful.

Greipel’s result on this stage doesn’t really do justice to the staggering performance he produced. The power he put through his pedals in the final sprint was absolutely enormous, but because he had lost position with 700m to go, dropping down the field and becoming exposed to the wind too early in the process, it was only good enough for an eighth-place finish.

Gaviria claimed his fourth win of the 2017 Giro with his most impressive and dominant performance so far. Whereas his average power in his previous wins had been below 1000 watts, this time it is well over. He also hits his highest maximum power of the race, as well as a top speed of over 70km/h, to seal victory with ease.

This was a simply stunning sprint from the world champion in which he topped 76km/h. Sagan caught his rivals by surprise by launching his sprint early and while others might have faded, he maintained his pace and power, which is reflected in his huge average of 1220 watts. He won by such a big margin that he was unlucky to not be given a one-second time gap over the rest of the field. An amazing performance.

share on Facebookshare on Twitter
Corinto in Colombia: first satellite images of the mudflow that has killed 4 and left 18 people missing
Miraflores, Colombia: The Municipality Where Peace Never Arrived