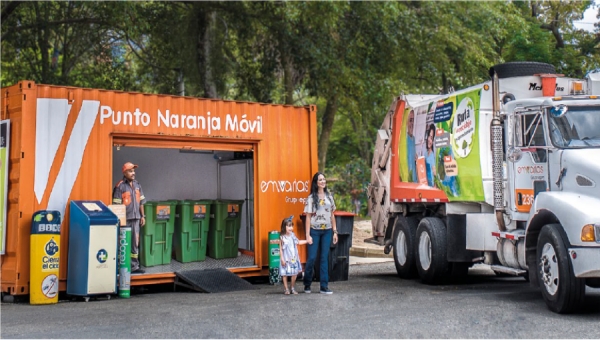 However, net income fell 41% year-on-year, to COP$4.49 billion (US$1.4 million), as interest income from its investment portfolio declined.

Debt level rose 1% year-on-year, to COP$247 billion (US$79 million), while asset values rose 25%, to COP$75.7 billion (US$24 million), according to the company, which finances its operations from internal cash flow.

Operating income rose 10.9% year-on-year, to COP$227 billion (US$72 million), mainly “thanks to the expansion of coverage in the provision of services to the municipality of Medellín, complementary services such as washing of bridges, roads and public areas, and [recycling] intervention at critical waste points,” according to Emvarias.

During the year, repeated street, park, bridge and sidewalk cleanings covered a total length of 1.5 million kilometers, partly performed by human sweepers with the remainder by street-cleaning machines, according to Emvarias.

Foreign visitors to Medellin are often quoted in news reports and blogs as being surprised at the relative cleanliness of the city (compared to Bogota and elsewhere) — even though the Medellin metropolitan area now totals more than 3.5 million persons.

As for garbage collection, Emvarias covered 100% of Medellin via 511 daily routes last year, picking-up 662,041 tons of waste, according to the company.

As for the “La Pradera” landfill operation in suburban Barbosa, Emvarias grew from serving 25 municipalities prior to 2018, to 37 municipalities last year. These cities put a total of 1.1 million tons of waste into that landfill.

Recycling programs successfully diverted 395.4 tons of usable waste away from the landfill, as various materials went back into the productive cycle, according to the company.

The company also is a pioneer in all Colombia in collecting and decontaminating the liquid leachate from its La Pradera landfill.

“The leachate treatment plant installed in the La Pradera sanitary landfill is the only treatment system with biological reactors and ultrafiltration system (UF) in landfills in the country,” according to Emvarias.

During 2018, Emvarias launched construction of the second phase of the leachate treatment plant, boosting the daily biological treatment rate and enabling greater removal of organics, according to the company.