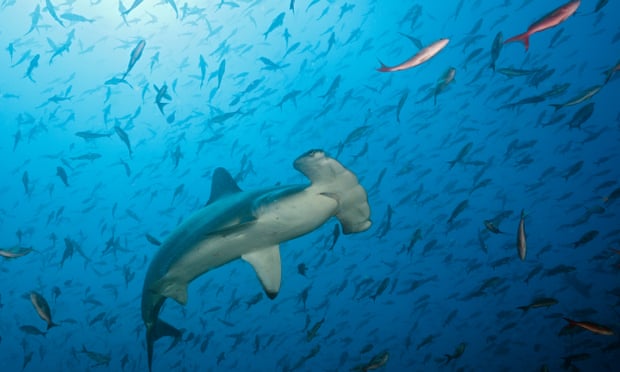 Four Pacific-facing Latin American nations have committed to joining their marine reserves to form one interconnected area, creating one of the world’s richest pockets of ocean biodiversity.

Panama, Ecuador, Colombia and Costa Rica announced on Tuesday the creation of the Eastern Tropical Pacific Marine Corridor (CMAR) initiative, which would both join and increase the size of their protected territorial waters to create a fishing-free corridor covering more than 500,000 sq km (200,000 sq miles) in one of the world’s most important migratory routes for sea turtles, whales, sharks and rays.

The president of Colombia, Iván Duque, announced an additional 160,000 sq km of marine protected area on top of the country’s existing 120,000 sq km at Cop26 in Glasgow on Tuesday.

The day before, Ecuador’s president, Guillermo Lasso, took the first step by announcing the expansion of the current 133,000 sq km Galápagos marine reserve by 60,000 sq km.

“Just as all the world leaders here have called for action not words, I believe this is a concrete action on behalf of Ecuador that goes beyond any words we can say here,” Lasso told the Guardian after the announcement.

“This is a sovereign decision of the Ecuadorian government but I have to point out that it is the result of five months of dialogue, which we’ve held with small-scale and industrial fishermen. For that reason I don’t expect any problem of rejection or protest because it is a consensual decision,” he said.

Lasso added that the plan for a wider joined-up reserve was “an absolutely direct response of middle-income countries with a commitment to humanity” to the increased presence of industrial fishing fleets. He said the expansion involved one of the world’s largest debt swaps for conservation, but did not give any details or figures.

“In spite of the fact we’re a developing country, despite the fact we have [one of] the largest [fishing] fleets in the Pacific, we have decided to reduce the fishing effort,” Manrique told the Guardian.