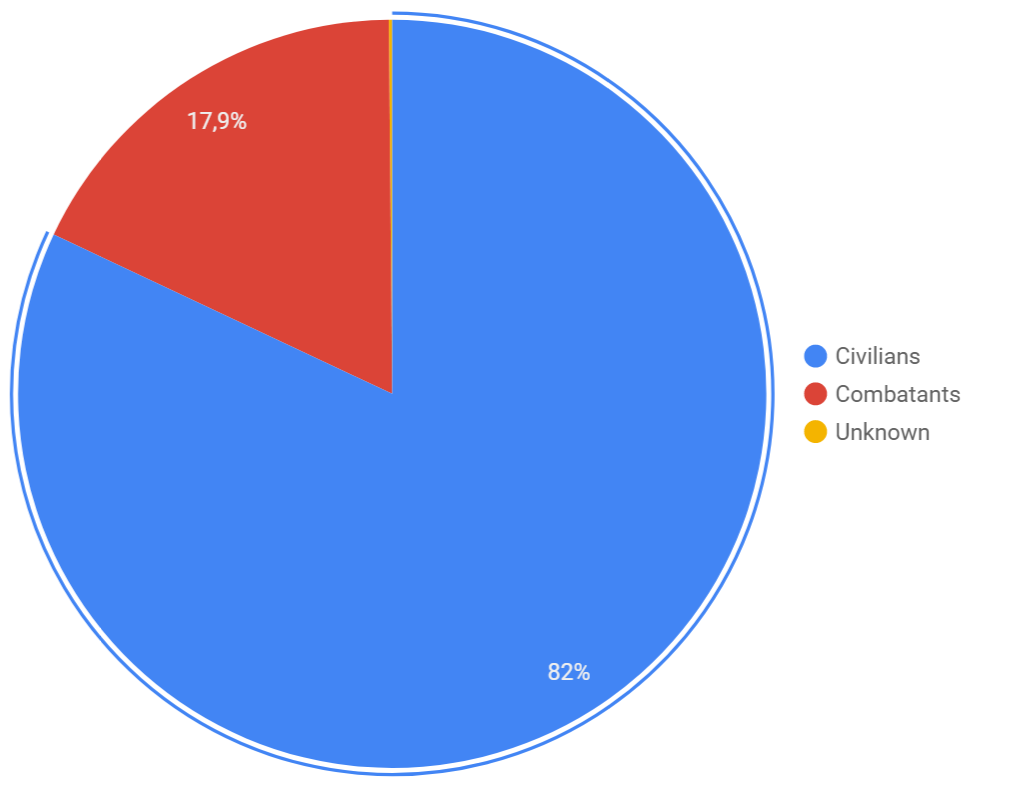 Leftist guerrilla groups are responsible for almost 17% of the civilians who were killed in Colombia’s armed conflict, according to the country’s most comprehensive study to date.

The National Center for Historical Memory (CMMH) surrendered its report to the Special Jurisdiction for Peace (JEP), the transitional justice tribunal that is trying to provide justice to the millions of Colombians who were victimized in the conflict.

In total, the report said, 262,197 people were killed, of which 80% were civilians who had nothing to do with the armed conflict.

Far-right paramilitary groups killed almost 100,000 of these civilian victims. Guerrilla groups like the FARC, ELN, and M-19 killed more than 35,000, according to the CNMH.

The researchers were unable to determine responsibility in the deaths of almost 36,000 civilians.

Who killed civilians during the armed conflict

Earlier reports of the CMMH, which has been investigating the armed conflict since 2011, put the number of killed civilians considerably lower.

The vast majority of the civilian deaths were due to assassinations, according to the latest estimate.

The report warned that the real number of fatal victims is likely to be much higher as more than 80,000 people were forcibly disappeared. The bodies of some 8,000 of these victims have since been found.

A special forensics investigation unit of the transitional justice system is dedicated to clarifying these deaths and finding the bodies of the missing victims.

The CNMH investigated the political violence that began after 1958, the end of “La Violencia,” a decade of civil war that preceded the armed conflict and killed another estimated 200,000 Colombian.