HomeLiveFive big things that have made Apple
Live

Five big things that have made Apple 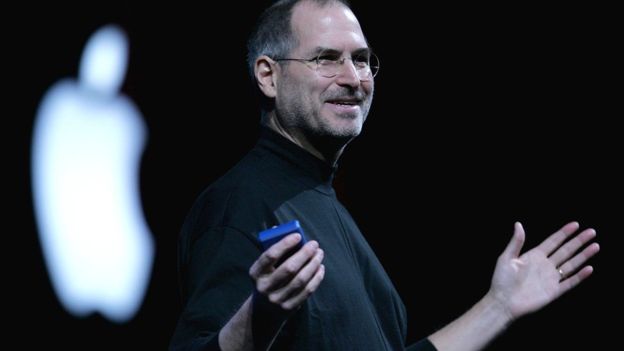 1. Steve Jobs – a brand unto himself

As the co-founder of one of the world’s most successful companies, his is one of the most recognised names in the world of tech.

He put Apple at the forefront of the personal computing revolution, and was behind a suite of revolutionary, highly desirable products – from the iPod to the iPad.

But he was also recognised as one of the modern world’s first auteur chief executives – and became a brand unto himself.

From the time he founded the company with Steve Wozniak in 1976 in Silicon Valley, California, Apple was seen as a firm that was set to achieve great things.

Apple shares were in such high demand that by the time it opted for a flotation in 1980, it became the biggest stock market launch since Ford in 1956.

In 1985, Mr Jobs was famously ousted from the firm he founded after a falling out with chief executive John Scully.

But by 1997, after Apple had been operating at a loss for 12 years, Mr Jobs was asked to return.

He quickly set about scrapping various projects and introduced Think Different – a campaign designed to promote Apple and its products, and revive employee morale. The firm quickly returned to profitability.

When Mr Jobs died in 2011, US President Barack Obama said the world had “lost a visionary”.

Apple just wouldn’t be Apple without his name behind it.

2. The iPhone – a revolution

Launched in 2007, the impact the iPhone has had on modern mobile communication is unmatched, and unquestionable.

Almost 1.4 million iPhones were sold in the first year they were on the market. Competitors such as Nokia and Blackberry, which had dominated the mobile phone market, were quickly knocked out.

While Apple recently dropped to third place in the battle of the world’s biggest smartphone makers, behind South Korea’s Samsung and China’s Huawei, its iPhones are still clocking strong demand worldwide.

Apple sold 41.3 million of them in the three months to June this year – and about 216 million worldwide last year.

Moreover, Apple’s bottom line is still largely determined by their sales. In the most recent quarter, 56% of Apple’s revenue came from iPhone sales.

But perhaps more importantly for Apple’s future – the iPhone is a gateway to the company’s booming services offerings.

These are just some of the things that make up Apple’s services business – and they’re regarded as the firm’s most important and fastest-growing drivers of revenue.

In the three months to June this year, Apple’s services saw revenue growth of 31%.

And while the iPhone might be a gateway to Apple’s offerings, things like Apple Music and the App Store, in turn, help drive brand loyalty.

If a consumer truly loves using their iPhone to buy music and movies, Apple’s hope is that they’ll move on to purchase an iPad, a Macbook, an Apple TV or watch.

“That’s the financial genius that sits inside that brand – getting consumers to keep buying the hardware,” says Paul Nelson, managing director of BrandMatters.

“Strong brands have clients who are simply disinterested in alternatives – and that’s where Apple’s strength lies. The fact that you just become a loyalist.”

Without China, the world’s biggest smartphone market, Apple’s success would look quite different.

Mainland China generates about a quarter of Apple’s profits.

In addition, most of Apple’s iPhones are manufactured in Shenzhen in southern China

And while the company suffered a rough patch between March 2016 and July last year – when its Greater China revenues saw double-digit falls – the tech giant has now reversed those fortunes.

How? Well, the iPhone has remained a symbol of wealth and prestige among China’s growing middle-income, big city dwellers.

So despite the stiff competition from cheaper home-made brands, Apple’s more lucrative iPhones, iPads and Macs have helped repair its regional revenue numbers.

The Forbes list, which measures the value of a company’s brand by looking at its financial numbers, has ranked Apple as the most valuable brand for the last eight years in a row. This year, it was valued at $182.8bn.

Now Forbes may only analyse companies with a presence in the US, but compare Apple’s brand value to that of Coca-Cola’s – a one-time world leader in terms of brand recognition – this year valued at just $57.3bn.

For those of us born before the turn of the millennium, it’s probably difficult to imagine a world without Coca-Cola signs somewhere along our local shopping streets.

But for the generations that follow, the instantly recognisable eaten apple seems set (so far) to be one of the brands of the 21st Century.

“The thing that Apple has been able to do, that Coca-Cola hasn’t been able to, is to remain relevant and contemporary,” says BrandMatters’ Paul Nelson.

“The reason you get to a trillion dollars is that you create in your business model built-in barriers for customers to move elsewhere. And Apple is just that – it’s a complete ecosystem.”