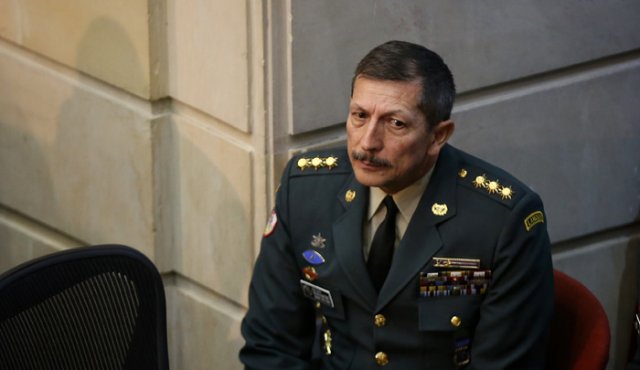 Colombia’s President Ivan Duque said Friday that he has replaced General Nicasio Martinez, whose year as commander of the national army was marred by human rights and corruption scandals.

Duque made the announcement together with Defense Minister Carlos Holmes Trujillo and the military command, including Martinez’ successor, General Eduardo Zapateiro.

Like Martinez, the new army chief has been embroiled in the killing of civilians allegedly committed by his subordinates.

Zapateiro’s Omega’s Task Force falsely claimed that a community leader who was murdered by soldiers was a member of the now-demobilized guerrilla group FARC when the general commanded the 5th Brigade in 2014.

Nevertheless, this is nothing compared to to the alleged allegations made against Martinez, which include more than a dozen homicides and attempts to cover up corruption.

Duque’s promotion of Martinez and a number of other controversial generals in December last year slowly sank the army in a command crisis.

Martinez’ January order to double the number of killed and captured members of illegal armed groups was leaked to the New York Times by top military commanders who feared that this target could only be met by killing civilians.

share on Facebookshare on Twitter
Types of tables: designs and materials
Eclipse Design: “Much more than furniture, is creation of space”