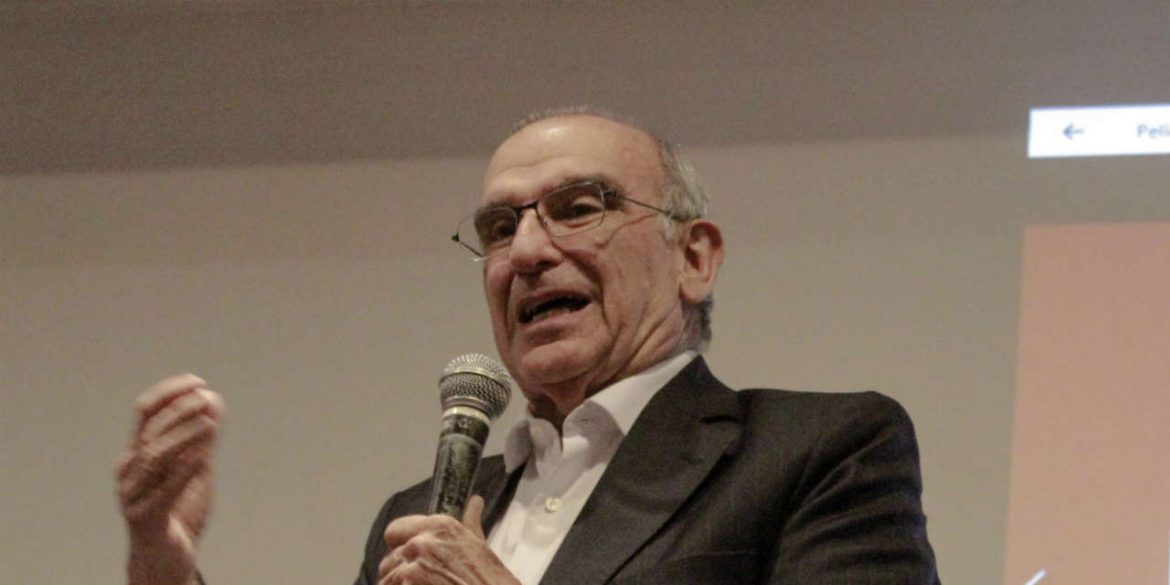 As President Ivan Duque appears to do everything in his power to undermine Colombia’s peace process, the negotiators that bartered the historic 2016 peace deal met again on Wednesday.

The negotiators of the government of former President Juan Manuel Santos and of the demobilized guerrilla group FARC, with the exception of “Ivan Marquez” who has gone into hiding, met at the Gabrial Garcia Marquez cultural center in Bogota to jointly defend the peace deal they bartered between 2012 and 2016.

The purpose of the meeting was to “defend peace” against ongoing attempts of Duque, his political patron former President Alvaro Uribe, and his minority cabinet to undo the peace deal.

According to former government negotiator Humberto de la Calle, the meeting surged “spontaneously” as one of many initiatives to dissuade the president from reactivating the armed conflict that has devastated Colombia for more than half a century and left more than 8.5 million victims.

“This first meeting is important to listen to each other, to analyze what is happening and to review what actions we can take,” former Interior Minister Juan Fernando Cristo told newspaper El Espectador.

The meeting was called just when Uribe, who has been linked to multiple crimes against humanity, has been rallying far-right support to sink the war crimes tribunal JEP that seeks to bring justice to the millions of victims after decades of almost absolute impunity.

We are going through a very dangerous situation at a time when former President Uribe and the Prosecutor General, using false arguments, are calling to overthrow the JEP.

The negotiators are joined by multiple top players in Colombian politics from the center and the left, which has been in opposition against Duque’s hard-right minority government.

If the government continues to undermine the peace process, for example by further delaying the JEP, the consequences for Duque could be serious, said former victims’ rights defender and leftist Senator Ivan Cepeda.

Unanimously, the UN Security Council insisted in several sessions on the need to respect the autonomy of the JEP and those are not words to be taken for granted. The International Criminal Court is observing how the JEP is implemented and if President Duque fails to recognize it it, he could become responsible for very serious misconduct.

The United Nations’ mission chief in Colombia and the European Union’s special envoy to the peace process warned Duque earlier this week not to listen to his political patron, a former Medellin Cartel associate, and ratify the war crimes tribunal as ordered by the Constitutional Court.

But Duque has previously ignored international agreements, which is causing uncertainty among both victims and demobilized FARC guerrillas who both have become the target in a wave of assassinations.

The assassinations are only partly responsible for a general increase in violence as other illegal armed groups like the AGC and the ELN are violently defying the authority of Duque and his increasingly authoritarian style of government.