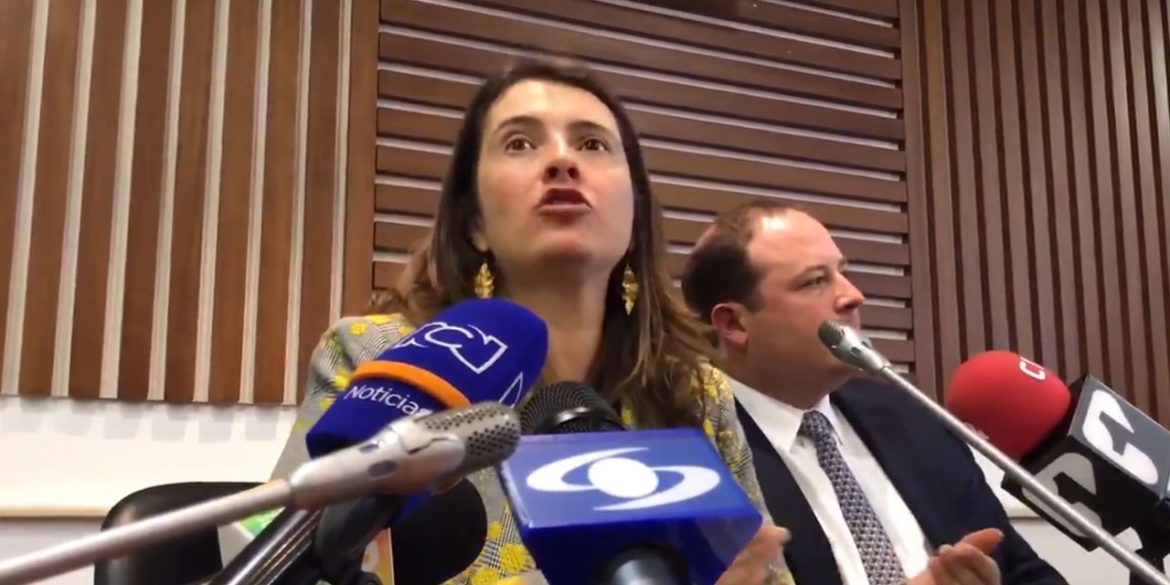 A debate in Colombia’s senate about President Ivan Duque‘s controversial decision to return a bill defining the powers of the country’s war crimes tribunal to Congress descended into chaos on Wednesday.

The speaker of Colombia’s House wouldn’t touch the objections without approval of the court, but the speaker of the Senate, far-right Senator Ernesto Macias, did allow the potentially unconstitutional move of the president.

The Senate’s Peace Commission opened an extraordinary session to see whether this was legal, considering the fact that Duque’s objections to elements of the statutory bill had already been adopted by the Constitutional Court.

Duque returns Colombia’s war crimes tribunal bill to congress
The commission voted to request Macias to also send the objections to the Constitutional Court before accepting them, following the recommendation of Inspector General Fernando Carrillo, who argued Duque could have abused his power.

This decision was rejected by members of Duque’s far-right party that has no majority in either the Senate or the House.

The chairman of the Commission, Senator Roy Barreras (U Party), suspended the session after far-right Senator Paloma Valencia (Democratic Center) called FARC Senator “Pablo Catatumbo” a “narcoterrorist” because she wasn’t allowed more time for her intervention.

Valencia had used up her time by allowing women who said to be victims of sexual violence by the FARC that have yet to be heard by the JEP to speak.

Senator Paloma Valencia
Several senators abandoned the session in protest while leftist senators who were victimized of state crimes rebutted Valencia, emotionally demanding that they too were recognized as victims.

In the chaos that followed, senators and guests loudly accused each other of being “guerrillas,” “paramilitaries” and “drug traffickers.”

“For this the JEP exists. It is there that all victims of the guerrillas, the paramilitaries, of all forces and sectors that caused violence must take the stage,” the Liberal Party, which supports the war crimes tribunal, said on Twitter.