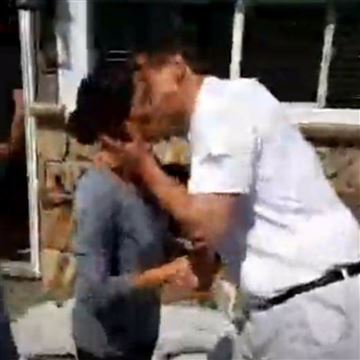 The accuser, 55-year-old Sherry Vill, said Cuomo grabbed her face and kissed her in a “highly sexual manner” in front of her son in 2017 while touring flood damage on her property.

She also said, during an online press conference with her lawyer, Gloria Allred, that Cuomo called her “beautiful” and flirted with her in an “inappropriate manner.”

“He took my hand and said, ‘Is there anything else you want?’” she recounted. He then leaned down “forcibly grabbed my face” with his other hand “and kissed my cheek.”

“I felt he was coming on to me in my own home,” she added.

Vill went on to say that Cuomo’s behavior shocked her: “I am Italian. In my family, family members kiss. Strangers do not kiss.”

Vill’s attorney Gloria Allred announced that “After our press conference today, we plan to contact the New York Attorney General’s office in order to inform them that Sherry is willing to cooperate in the investigation that is currently being conducted into numerous allegations of sexual harassment by the Governor.”