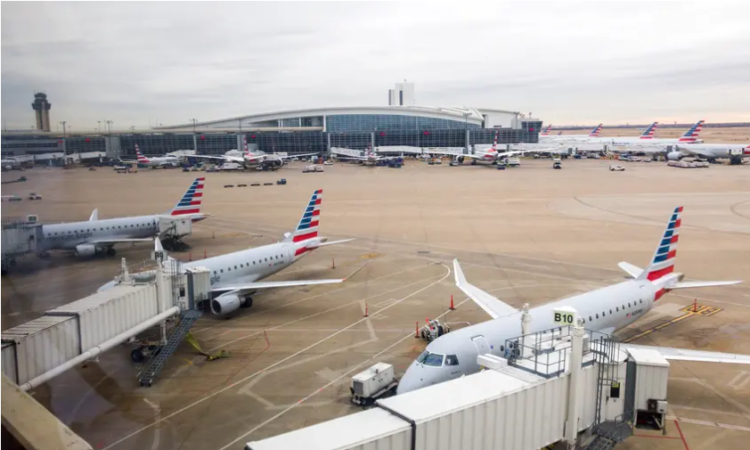 One of the pieces of legislation, Senate Bill 7, would limit extended early voting hours, ban drive-thru voting and prohibit local election officials from automatically sending mail-in-voting applications to voters, according to The Texas Tribune.

Senate Bill 7 also gives more power to poll watchers and requires a doctor’s note for Texans with disabilities who are requesting to vote by mail, as reported by The Associated Press.

American Airlines criticized the legislation in a statement released Thursday: “Earlier this morning, the Texas State Senate passed legislation with provisions that limit voting access. To make American’s stance clear: We are strongly opposed to this bill and others like it.”

“Any legislation dealing with how elections are conducted must ensure ballot integrity and security while making it easier to vote, not harder. At American, we believe we should break down barriers to diversity, equity and inclusion in our society – not create them,” the statement added.

Agree. Free, fair, equitable access to voting is the foundation of American democracy. Those rights – especially for women, communities of color – have been hard-earned. Governments should ensure citizens have their voices heard. HB6 does the opposite, and we are opposed to it. https://t.co/srLRfGxgZF

The Texas Tribune reports that House Bill 6 would “prohibit local election officials from proactively sending out applications for mail-in ballots and impose new rules for people assisting voters to fill out their ballots.”

AT&T and Southwest Airlines, both based in Dallas, TX, also released statements on Thursday.

In a statement provided to CBS Dallas-Fort Worth, Southwest Airlines said that “[t]he right to vote is foundational to our democracy and a right coveted by all. We believe every voter should have a fair opportunity to let their voice be heard. This right is essential to our nation’s success.”

AT&T CEO John Stankey issued a statement also provided to CBS Dallas-Fort Worth, stating that “We believe the right to vote is sacred and we support voting laws that make it easier for more Americans to vote in free, fair and secure elections.”

He also said that AT&T is working with the Business Roundtable to support voting access: “We understand that election laws are complicated, not our company’s expertise and ultimately the responsibility of elected officials. But, as a company, we have a responsibility to engage. For this reason, we are working together with other businesses through groups like the Business Roundtable to support efforts to enhance every person’s ability to vote”

Currently, a photo ID is required in order to fly with Delta Airlines

He requires a photo ID to be shown in order to gain admission to Coca-Cola's annual shareholder meeting pic.twitter.com/g813yjcwpU