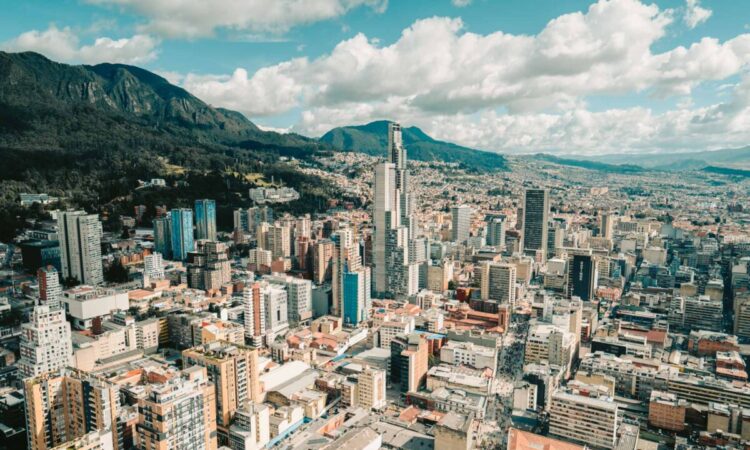 This post contains references to products from one or more of our advertisers. We may receive compensation when you click on links to those products. Terms apply to the offers listed on this page. For an explanation of our Advertising Policy, visit this page.

From its restaurants to its art and incredible views, there are a number of reasons to visit Bogota, Colombia. And here’s another: this fall you can get airfare to Colombia’s capital city at a steep discount for travel after Labor Day. Travelers from a long list of U.S. cities can get a round trip to the South American destination for around $300, and in some cases even less.

This could be a great opportunity for a fall excursion whether you’re looking to enjoy the city’s famous (and inexpensive) lunch options, tour its art museums or learn about the production of coffee while sampling the product at a local coffee shop.

For more TPG news delivered each morning to your inbox, sign up for our daily newsletter.

The deals in some cities start in the later weeks of August and last through much of the autumn when average high temperatures are in the high 60s in Bogota – perfect for sightseeing.

Routes: BOS/LGA/JFK/EWR/PHL/IAD/DCA/BWI/CLT/ATL/MIA/FLL/LAX/ORD/DFW and others to BOG

Travel dates: August through November with some availability in January 2023

How to book: Directly with the airlines or through Google Flights

We took note of deals around the $300 mark for the trip to northern South America.

The airline with the most flight options is Spirit Airlines, which had some fares as low as $180, particularly from Southeast U.S. cities. Be sure to take a good look at what you’ll pay on top of the base fare when booking, especially if you plan to bring luggage.

It’s not just Spirit that has discounted fares though. We found flight options on legacy U.S. carriers, along with international airline Copa, which is based in Panama City.

Depending on your departure city, there’s a good chance you’ll have to connect somewhere; if you’re aboard Copa, it will be in Panama City. Still, most of the itineraries I found involved short layovers, so it’s not like you’ll have to spend hours on end in an airport or spend the night along the way.

Here are a few of the routes and prices available:

Departing from New York City, there is plenty of availability right after Labor Day weekend, which marks the unofficial end to summer in the U.S. The mid-September trip aboard JetBlue out of LaGuardia involves a layover in both directions in Fort Lauderdale. You get to Colombia late at night on the southbound trip, with an overnight flight back to the U.S. and a mid-day arrival back in New York.

Washington, D.C., area travelers will have a true, middle-of-the-night departure on this Copa itinerary. You’ll leave Dulles just after 1:45 in the morning, arriving before 6:00 a.m. in Panama City. Following the two-hour stop at Tocumen International Airport (PTY), you’re in Bogota by mid-morning. The return trip involves a late-night arrival back at Dulles.

JetBlue travelers out of South Florida have it the easiest. It’s a quick, three-and-a-half to four-hour flight between Fort Lauderdale and Bogota.

It’s also not just the East Coast that has availability. This deal is pretty wide open across the country, with round trips around $350 or so out of airports in Texas, the Chicago area and Los Angeles. The LAX itinerary aboard Copa includes a redeye flight to Panama City, before the much shorter, final leg of the trip to Bogota. The return trip – again through Panama City – stretches through the afternoon and evening hours.

Related: How to book a trip to Colombia using points and miles

With how busy airports are this summer, fall continues to look like a great time to travel. The airports should be a bit quieter and you’re much more likely to get a good deal on airfare. Whether you’re looking to use Bogota as a jumping-off point to explore more of Colombia and South America or spend your time exploring all the city has to offer, this could be an excellent deal to book.