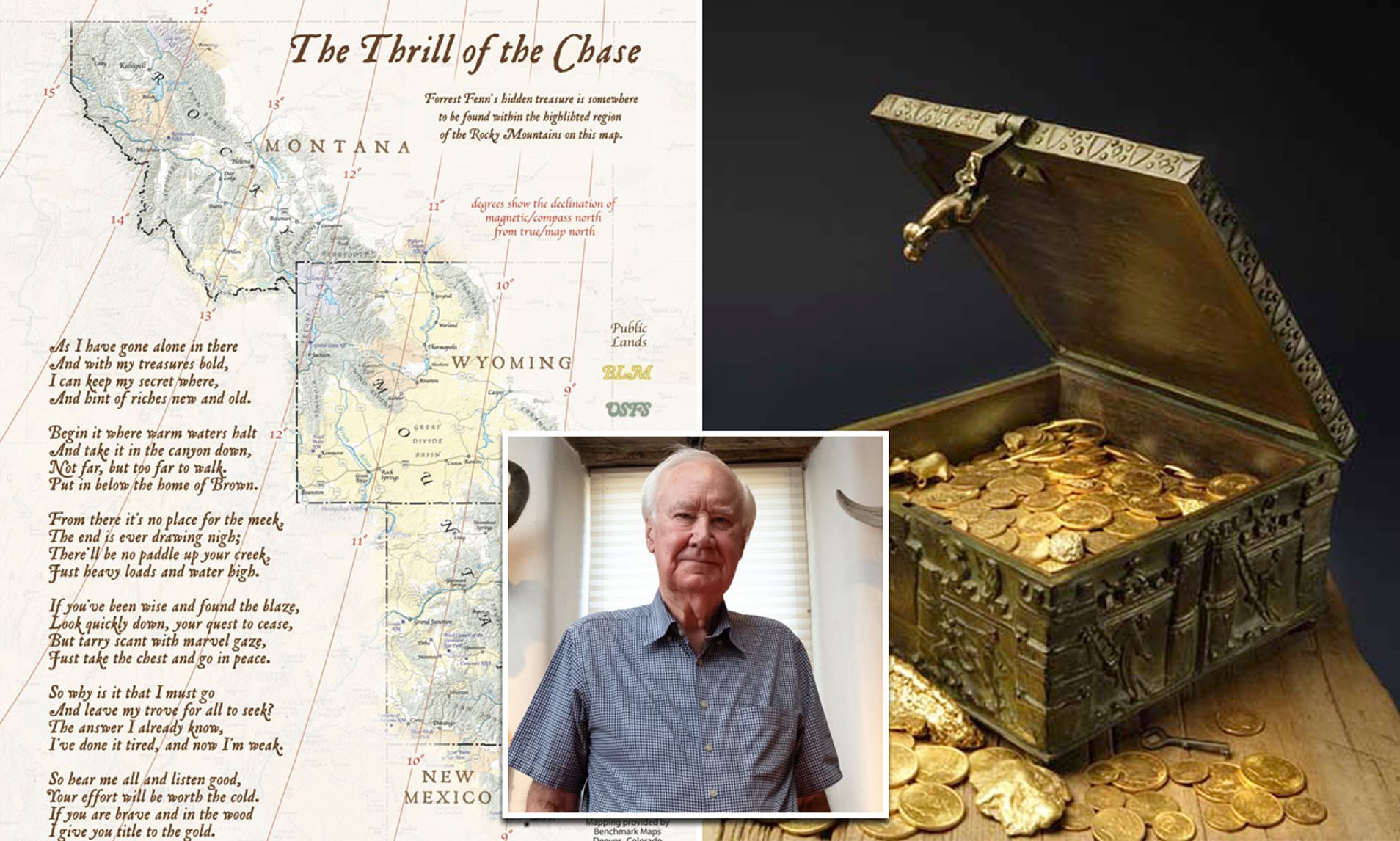 Thousands of brave souls have ventured into the Rocky Mountains for the past decade, searching for a treasure chest filled with gold, rubies, emeralds and diamonds.

But that adventure has finally come to an end. The treasure has been found.
Forrest Fenn, the 89-year-old art and antiquities collector who created the treasure hunt, made the announcement Sunday on his website.
“It was under a canopy of stars in the lush, forested vegetation of the Rocky Mountains and had not moved from the spot where I hid it more than 10 years ago,” Fenn wrote in his announcement. “I do not know the person who found it, but the poem in my book led him to the precise spot.”
The treasure was found a few days ago by a man who did not want to be named, Fenn told the Santa Fe New Mexican. He noted, however, that the man was from “back East” and that he confirmed his discovery by sending Fenn a photograph of his newfound riches.
The treasure, estimated to be worth over $1 million, was a way for Fenn to inspire people to explore nature and give hope to people affected by the Great Recession, he said.
Clues leading to the treasure’s location were included in a 24-line poem published in Fenn’s 2010 autobiography “The Thrill of the Chase.”
Fenn estimated that as many as 350,000 people from all over the world went hunting for the treasure, according to the New Mexican. Some quit their jobs to fully dedicate their lives to the hunt and some even died.
“I congratulate the thousands of people who participated in the search and hope they will continue to be drawn by the promise of other discoveries,” Fenn said on his website.
share on Facebookshare on Twitter
Paris bans George Floyd protest at US Embassy over coronavirus
Minneapolis City Council members announce intent to disband the Police Department, invest in proven community-led public safety